Antibiotics have no clinical benefit for most children with chest infections 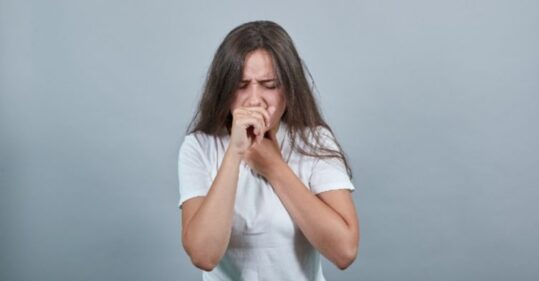 Antibiotics have no clinical benefit for most children with chest infections, a UK randomised placebo-controlled study suggests.

More than 400 children aged 6 months to 12 years who presented to primary care with an uncomplicated lower respiratory tract infection were given either amoxicillin 50 mg/kg per day or a placebo oral suspension in three divided doses orally for seven days.

Parents were then asked to record and rate their child’s symptoms in a daily diary for up to 28 days or until symptoms resolved.

The primary outcome – duration of symptoms rated moderately bad or worse – was similar between the two groups, with a median five-day duration in the antibiotics groups vs six days in the placebo group, researchers found.

There was also no difference between the treatment groups when researchers examined outcomes in five pre-specified patient subgroups where antibiotic prescribing is common: patients with chest signs, fever, physician rating of unwell, sputum or chest rattle, and shortness of breath.

The number of complications and hospital admissions in both the amoxicillin and placebo groups were low and similar between the two groups.

‘Similar to adults, antibiotics are unlikely to make a clinically important difference to the symptom burden for uncomplicated lower respiratory tract infections in children – both overall, and for the key clinical subgroups where antibiotic prescribing is most common,’ the study authors wrote in The Lancet.

‘The data from our study and previous studies suggest that unless pneumonia is suspected, clinicians should provide safety-netting advice (i.e., explain what illness course to expect and when it would be necessary to reattend) but not prescribe antibiotics for most children presenting with chest infections.’

The researchers, led by clinicians at the University of Southampton’s Primary Care Research Centre, previously published an observational study showing at least 40% of children are prescribed antibiotics for chest infections, equivalent to 2 million prescriptions for antibiotics for cough in this age group in the UK or £30 million annually in direct consultation and dispensing costs.

Although trials in adults suggested only modest benefit, even among important clinical subgroups, there was scarce randomised, placebo-controlled evidence to support or dispute the common use of antibiotics in children with chest infections, they noted, with only one trial in a Cochrane review of antibiotic prescribing including young children aged three years and older.

The findings come as the NHS prepares for a busy winter workload.