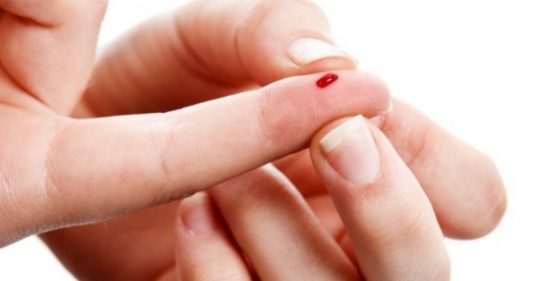 The number of people with Covid-19 antibodies fell more than a quarter over three months this summer, according to the findings of the Government’s antibody testing programme.

More than 365,000 people across England took part in the Government-commissioned home surveillance study, which is being carried out in partnership with Imperial College Healthcare NHS Trust and Ipsos MORI.

The Department of Health and Social Care (DHSC) today announced that the proportion of people with coronavirus antibodies in England fell by 26.5% between 20 June and 28 September – from 6.0% of the population to 4.4% of the population.

The study found that antibody response for the virus reduces in the weeks and months following infection, but that this varies depending on a person’s age and symptoms.

However, the DHSC said that while those testing positive for antibodies ‘declined gradually’ in the population ‘regardless of employment type’, the number of healthcare workers with antibodies remained stable.

This may be due to ‘higher initial exposure or boosting from repeated exposure’, it added.

Meanwhile, the findings suggested that those who did not show coronavirus symptoms are likely to lose ‘detectable’ antibodies sooner – showing a decline of 64.0% over the time period – than those who did and had tested positive for the virus (-22.3%).

It added that the results of all three rounds of finger-prick antibody testing indicate that the pandemic’s first wave occurred over ‘a relatively short period’ in March and April.

However, there was a ‘steep decline’ in the proportion of people reporting Covid-19 symptoms and testing positive for antibodies from early April, two weeks after England entered national lockdown, it said.

Professor Paul Elliott, director of the REACT programme at Imperial from the School of Public Health, said: ‘It remains unclear what level of immunity antibodies provide, or for how long this immunity lasts.

‘If someone tests positive for antibodies, they still need to follow national guidelines including social distancing measures, getting a swab test if they have symptoms and wearing face coverings where required.’

And earlier in the summer, researchers found that 12% of GPs may have had Covid-19 according to an antibody study.

Meanwhile, Pulse revealed this month that there are talks taking place at the highest levels around mobilising for a potential Covid vaccine from December, with some sources putting the chances of the programme being started this year as ’50/50′.

3‘Fatigue and headaches most common Covid vaccine side effects’