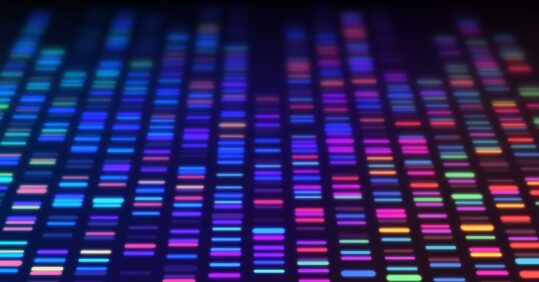 Researchers have pinpointed a single gene that affects cells in the lungs and airways which is responsible for doubling the risk of death from Covid-19.

Sixty percent of people of South Asian descent carry the high-risk genetic signal. Scientists from Oxford University discovered that when the gene called LZTFL1 is ‘turned on’, a patient is twice as likely to suffer respiratory failure as a result of Covid-19 infection.

The researchers believe that when this gene is ‘switched on’, it prevents the cells which line the airways and the lungs from responding to the virus. The new data partly explains the excess deaths seen in some UK communities and the impact of the virus in the Indian subcontinent.

The study was published in Nature Genetics.

Previous work identified a stretch of DNA that doubled the risk of adults over 65 dying of Covid-19, but researchers did not know how or why this happened. New technology meant this study could pinpoint the specific gene which caused an increased risk of severe Covid-19.

Study co-lead Professor Jim Hughes from the University of Oxford, said: ‘The reason this has proved so difficult to work out, is that the previously identified genetic signal affects the “dark matter” of the genome.’

Using an artificial intelligence algorithm combined with multiomics, which involves the integration of multiple data sets of genomic material, the team analysed vast quantities of genetic data from all parts of the body. The results show that the high-risk genetic signal is likely to affect cells in the lungs.

By focussing in on the DNA at the genetic signal, the researchers examined how the DNA folded up to fit inside a cell and were able to pinpoint the exact gene controlled by the sequence.

Professor James Davies, co-lead author from the University of Oxford who worked as an NHS consultant in intensive care during the pandemic said: ‘The genetic factor we have found explains why some people get very seriously ill after coronavirus infection. It shows that the way in which the lung responds to the infection is critical. This is important because most treatments have focussed on changing the way in which the immune system reacts to the virus.’

He added: ‘Since the genetic signal affects the lung rather than the immune system it means that the increased risk should be cancelled out by the vaccine.’

The researchers suggest that future drug therapies that target the lung lining could offer treatment for those most likely to develop severe symptoms.