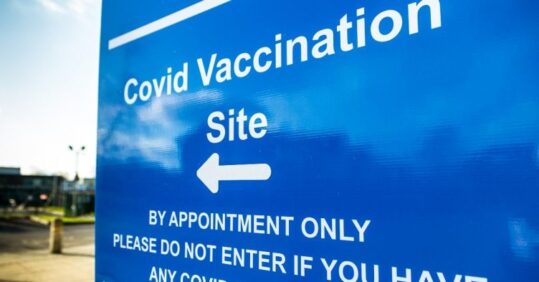 A number of mass vaccination centres will temporarily close next month due to expected Covid vaccine shortages, Nursing in Practice’s sister title Pulse has learned.

Westpoint vaccination centre in Exeter will ‘temporarily pause’ between 1 and 11 April, Royal Devon and Exeter NHS Foundation Trust confirmed to Pulse, adding that it will be contacting a small number of patients to bring their appointments forward.

NHS England has refused to say how many mass vaccination centres in England will temporarily go offline next month, though it did say ‘there are currently no plans to close sites permanently’, adding that patients will still be able to book their jabs locally.

An NHS England spokesperson told Pulse: ‘The NHS is delivering the vaccine programme at speed based on manufacturers’ ability to supply jabs and while we expect supply to be constrained, it makes sense to use our resources wisely across the more than 1,600 vaccination sites.

‘But there are currently no plans to close sites permanently, and most importantly people in the top priority cohorts will still be able to book their jab close to home.’

Health secretary Matt Hancock, on Friday, also confirmed that second-dose clinics will not be affected by a reduction in Covid vaccine supply next month.

Last week, it was reported children could be vaccinated against Covid-19 as soon as August.