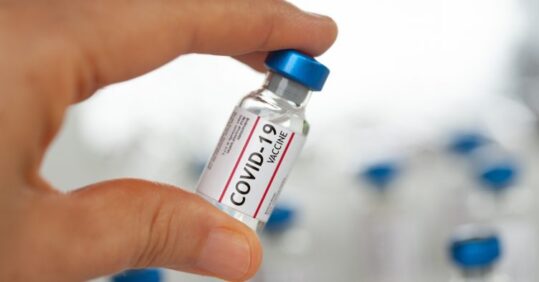 General practices must cancel and reschedule any pre-booked second dose Covid vaccine appointments that were arranged for this week onwards, according to NHS England’s updated vaccine enhanced service specification.

Practices were told at the end of last month to delay the second dose of the Covid vaccine to 12 weeks after the first, instead of the originally planned three-week gap.

From this Monday they will now have to postpone any second dose vaccines they had originally booked with a three-week gap.

An NHS England letter sent to GPs and CCGs on 11 January reiterated ‘immediate action’ was required and that ‘all appointments to receive the second dose must be rescheduled’. It said they must take place ‘in the 12th week’.

The letter stressed the ‘public health duties’ of those involved in the vaccination programme to ensure as many people as possible are vaccinated.

But the updated NHS England specification, published on Thursday (7 January), said while ‘clinical discretion’ could be used to honour second-dose appointments planned for after Monday 4 January, this was only applicable to those scheduled to take place before 11 January.

The document referred to the new advice from the UK chief medical officers to give the second dose of vaccine 12 weeks after the first, enabling more people to receive the first dose.

It said: ‘For those patients who have received their first dose and are scheduled to receive their second after Monday 4 January but before 11 January, the second dose appointment should be rescheduled in most instances (with clinical discretion applied if needed in exceptional circumstances and in individual cases only. Where clinical discretion is applied in exceptional circumstances, this must be recorded in writing).’

The NHS England letter said: ‘To help us deliver our public health duties… we need to vaccinate as many people as quickly as possible, including our frontline health and care workforce.

‘All vaccination sites must with immediate effect, ensure all second dose appointments that have not already been rescheduled must be rearranged.

‘This means all appointments to receive the second dose must be rescheduled, with recipients to be booked in for a second dose in the 12th week.’

It comes as some GPs have seen their second-dose vaccine deliveries cancelled unexpectedly – though NHS England says it has not authorised this to happen.

They have also warned of the confusion caused for patients if their second jab has to be rebooked, meaning some GPs had already decided they would continue to honour appointments.

A GP in Lancashire, who wants to remain anonymous, told Pulse: ‘The second doses were honoured up until yesterday [10 January] and we’ve been prevented from being able to do further doses that were on second vaccinations this week, because the delivery hasn’t come. The 2,000 patients booked in have now been cancelled.’

The same GP added: ‘Patients are feeling like it’s a postcode lottery. We were in wave three, so we’ve got two other PCNs locally – one was wave one, as they had a higher majority of over-80s and nursing home patients, so they’ve managed to give their second doses. Locally, there’s a bit of uproar from other patients, saying: “My friend’s getting theirs, why aren’t I getting mine?”’

Another GP, who also wishes to remain anonymous, told Pulse last week: ‘They [NHS officials] cancelled all deliveries for both cohorts.

‘We had to cancel 975 appointments. But this morning [7 January] the delivery turned up unexpectedly in error. We are now rebooking 975 vaccines – these will need to be for a next cohort though (ie the remaining >80s and then starting with the >75s).’

Nursing in Practice has rounded up all the essential information that nurses need to know about the vaccines.