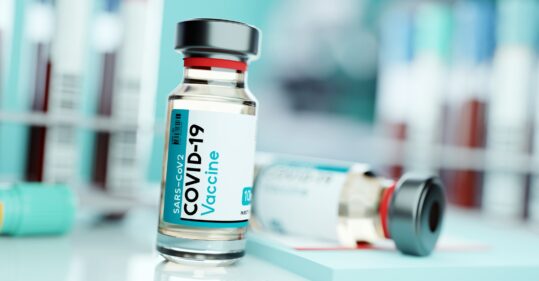 One dose of either the Oxford/AstraZeneca or Pfizer vaccine reduces Covid-19 infection across age groups by 65%, according to real-world data from the UK Covid-19 Infection Survey.

Vaccination was just as effective in people over the age of 75 or with underlying health conditions, as it was in younger, healthy people – with no difference seen between the two vaccine types.

The data, published as a pre-print, was taken from random PCR sampling of 373,402 participants three weeks after vaccination.

Previously, real-world data from a Public Health England study found both vaccines provided similarly high levels of protection, but the study was only based on the over-70s.

A separate paper released today, also from the UK Covid-19 Infection Survey – a collaboration between Oxford University, the Office for National Statistics and the Department of Health and Social care  – showed sustained antibody responses supporting the policy decision to widen the dose interval between vaccines to 12 weeks.

Researchers noted the study showed high levels of protection against the Kent variant, which was circulating in the UK at the time.

They found that three weeks after a single dose of either vaccine, symptomatic infections were cut by 72% and infections without reported symptoms by 57%.

After a second dose of the Pfizer vaccine, there was a 70% reduction in overall infection and a 90% fall in symptomatic infections – similar to levels seen in those who had previously been infected with Covid-19 naturally.

It will be some time before the impact of second AZ doses will be seen because of the time between vaccinations and the current low levels of infections, they explained.

The data on antibody levels, taken from 45,965 vaccinated participants, found while there were some differences in the patterns of immune response after the AZ or Pfizer vaccine, strong antibody responses to one dose were seen in 95% of people.

Antibody levels after Pfizer vaccination rose higher and faster but started to wane compared with responses after AZ vaccination, which were slower and lower but remained steady, the data showed. Antibody responses from both Pfizer and AZ vaccinations were sustained across 10 weeks.

Overall antibody responses after one dose were lower in older individuals, but still higher than the level of antibodies you would expect to see in people who had been infected with Covid-19, the researchers said.

After two doses of Pfizer vaccine there were high antibody responses across all age groups highlighting the importance of the second dose, they said.

Speaking at a briefing about the results, the researchers said the results were an important addition to the trial data because they were from a random sample of the general population.

Dr Koen Pouwels,senior researcher in Oxford University’s Nuffield Department of Population Health, said: ‘The protection from new infections gained from a single dose supports the decision to extend the time between first and second doses to 12 weeks to maximise initial vaccination coverage and reduce hospitalisations and deaths.’

But he added that the smaller reductions in asymptomatic infections highlighted the potential for vaccinated individuals to get Covid-19 – as well as pass on the virus, even if this was at a lower rate.

Sarah Walker, professor of medical statistics and epidemiology at the University of Oxford and chief investigator for the Covid-19 Infection Survey, said personally speaking she was ‘cautiously optimistic’ about control of the virus in the UK but added that Covid-19 was good at ‘throwing curveballs’.

She said: ‘We don’t yet know exactly how much of an antibody response, and for how long, is needed to protect people against getting Covid-19 in the long-term – but over the next year, information from the survey should help us to answer these questions.’

Last month, research found that a single dose of either vaccine prevents 62% of Covid infections among care home residents.