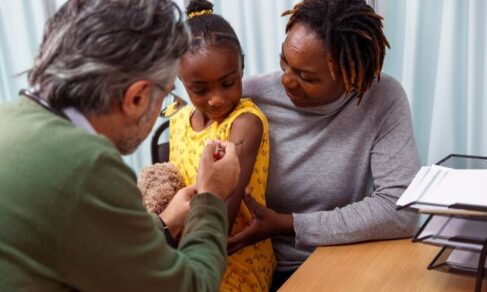 A polio booster vaccine will be offered to all children aged 1-9 in Greater London by 26 September, the Department of Health and Social Care has announced.

It follows the detection of the virus in sewage from North and East London, though no patient has yet been diagnosed with polio.

In a letter to ICBs, NHS England and UKHSA said delivery of the boosters should start ‘no later than 15 August, with all one to nine year olds having been offered a vaccination by 26 September’.

It said the polio booster programme should be considered ‘equivalent priority’ to other time sensitive vaccine programmes including Covid-19 and flu.

The campaign will begin in the London boroughs ‘where vaccine-derived poliovirus type 2 (VDPV2) has been detected to date,’ the letter said.

It added: ‘This includes Barnet, Brent, Camden, Enfield, Hackney, Haringey, Islington and Waltham Forest as a priority, with a view to rapidly extending to all London boroughs. Rollout beyond these initial boroughs will begin within a week of the start of the programme.’

‘Drawing on the experience and expertise of local partners and networks, this must include targeted outreach to under-vaccinated and unregistered communities.

The letter said: ‘Contractual and payment arrangements are being shared directly with providers.’

On delivery model, as ‘most routine childhood vaccinations are offered by general practice’, NHS England and DHSC ‘anticipate GPs will continue to offer vaccination in line with their routine offer, extending where possible to all one to nine year olds’.

They said: ‘Recognising the urgency and the pressures on general practice, we need systems to work with partners to design and implement additional capacity to support delivery.’

Health secretary Steve Barclay today accepted advice from the Joint Committee on Vaccination and Immunisation (JCVI) that all children between one and nine should have a polio booster, beginning with the ‘most impacted boroughs’.

He said: ‘I recognise parents and guardians will be concerned about the detection of polio in London, however I want to reassure people that nobody has been diagnosed with the virus and the risk to the wider population is low.

‘On the advice of the independent JCVI, the NHS will now offer all children aged one to nine across the capital a polio vaccine booster dose, starting with the most impacted boroughs, so we can ensure they have the best possible protection and we reduce the chances of transmission.’

Mr Barclay added: ‘Vaccines offer the best defence to children, and those around them, so I would encourage families to ensure they are up to date with their routine jabs, and to come forward for the polio booster as soon as they are contacted by the NHS.’

In June, UKHSA said that GPs should opportunistically check that patients are up to date with polio vaccination.

A version of this article was first published in Pulse