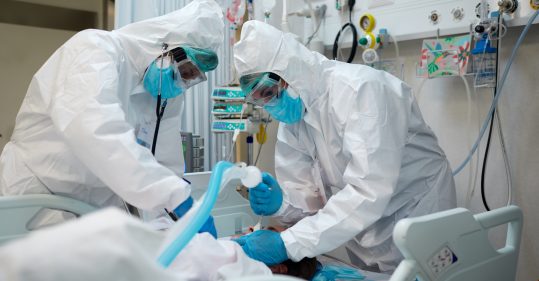 The researchers said increasing evidence that vaccines help reduce transmission of the virus means the true figures could be even higher.

Health secretary Matt Hancock said the data was ‘remarkable’ following a ‘heartbreaking and difficult year’. He told people not to ‘hesitate in securing this protection’ for themselves and others when offered the jab.

He added: ‘That’s tens of thousands of parents, children, siblings, friends and loved ones saved – and millions more who haven’t had to feel the impact of that horrible loss too.’

RCN professional lead for public health nursing Helen Donovan said the ‘study is further evidence that the COVID-19 vaccines are working and nurses have been leading the way on the implementation programme’.

She continued: ‘It is vital that people come forward for vaccination as soon as they are eligible so we can make sure that as many people as possible are protected from this illness.’

Patients aged 38-39 became eligible to book their Covid-19 vaccination from yesterday. They can do so via the NHS’s National Booking Service, where they will be automatically directed to available appointments at vaccination centres and community pharmacy sites.