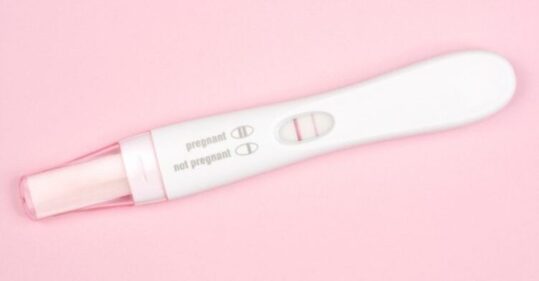 Women in England and Wales will be able to permanently access early medical abortions at home from 30 August after the Government abandoned plans to scrap the service.

Provision for at home early medical abortions without the need to attend a hospital or clinic will be made permanent from next week, after being temporarily introduced during the Covid pandemic.

Under new legislation, women will be able to take both pills needed for early medical abortion at home for pregnancies of up to nine weeks and six days, after a teleconsultation. Before the pandemic, only the second pill could be taken at home.

Doctors will be required to monitor the impact of early home abortion by providing information on the place of termination, place of consultation and whether the consultation was fully remote. They will also be expected to certify in ‘good faith’ that the gestation period was below 10 weeks.

Matt Hancock, when he was health and social care secretary, approved two temporary measures in England in March 2020 in order to limit Covid transmission – to allow pills for medical abortions to be taken at home, and for doctors to be able to prescribe the pills for use at home.

However, in February, ministers said the new measures would be scrapped in England at the end of August 2022. This was overturned in a free vote in the House of Commons in March, where MPs voted by 215 to 188 to continue the scheme.

Maggie Throup, minister for public health, said: ‘The wellbeing and safety of women requiring access to abortion services is paramount. With these measures women will have more choice in how and where they access abortion services, while ensuring robust data is collected to ensure their continued safety.’

The continuation of the temporary arrangement regarding abortion services has been welcomed by the British Pregnancy Advisory Service (BPAS).

Rachael Clarke, chief of staff at the BPAS, said: ‘We are absolutely delighted that following work by BPAS and clinicians across the sector earlier this year, MPs voted to follow the evidence and listen to women – supporting the continuation of this essential service.

‘Having been in place since March 2020, we know that early abortion at home is safe, effective and an important option for women. BPAS has provided our Pills by Post service to more than 125,000 women so far, and we look forward to continuing this service into September and beyond.’

The extension to the at-home abortion service comes as all 133 independent sector abortion clinics in England have been reapproved until 31 July 2026. The majority of the clinics are run by the BPAS, MSI Reproductive Choices and the National Unplanned Pregnancy Advisory Service.

Government data published in June showed that 214,256 abortions for women resident in England and Wales were carried out in 2021, the highest number since the Abortion Act was introduced in 1967.

In October 2021, research suggested that remote consultations for medical terminations are ‘safe and acceptable’.