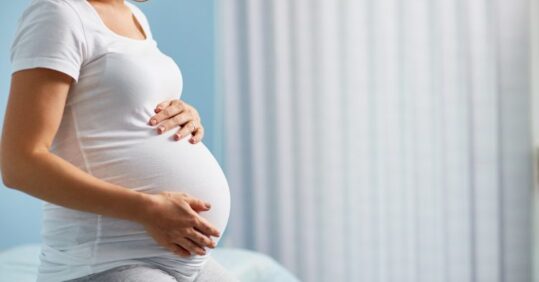 Researchers invited 460 pregnant smokers, from 18 maternity wards around France, to six 10-minute face-to-face visits, where they were encouraged to set a quit date, given motivational counselling and support to prevent relapse in addition to a €20 (£17) voucher.

However, 231 women in a financial incentives group could also earn additional vouchers for abstinence, which progressively increased at each visit they showed abstinence via biochemical testing.

Researchers found the continuous abstinence rate was significantly higher in the financial incentives group (16%) compared with the control group (7%), with an odds ratio of 2.45.

‘Vouchers for abstinence were also associated with a more than doubled point prevalence abstinence rate compared with no vouchers,’ researchers reported in the BMJ.

In addition, financial incentives were associated with a 7% reduction in the risk of poor neonatal outcomes, a composite measure of transfer to the neonatal unit, congenital malformation, convulsions, and perinatal death.

Post-hoc analysis also suggested that financial incentives rewarding abstinence increased the number of newborns with birth weights of over 2.5kg.

‘Financial incentives dependent on smoking abstinence could be implemented as a safe and effective intervention to help pregnant smokers quit smoking,’ the authors concluded.

An accompanying editorial said the study results combined with those of a 2019 Cochrane review and more recent studies provided compelling evidence that incentives effectively promote smoking cessation during pregnancy.

‘Although the effect of incentives on birth outcomes is less clear overall, epidemiological evidence clearly indicates that smoking cessation during pregnancy is associated with a reduction in most adverse perinatal health risks,’ the editorial said.

The study’s publication coincides with the release last week of final National Institute for Health and Care Excellence (NICE) guidelines on tobacco dependence, which recommend pregnant women should be offered vouchers to encourage them to quit smoking.

The NICE committee said more evidence was needed to discover what value of incentive works best, but based on evidence from the UK, schemes in which around £400 could be gained in vouchers staggered over time (with reductions for each relapse made) were effective and cost-effective.

‘Although the guideline recommended that vouchers should be provided only to those with an abstinence validated by a biochemical method, the committee acknowledged that during the Covid19 pandemic carbon monoxide validation may not be being used,’ the committee said.

‘While this is the case, vouchers are recommended even if biochemical validation using carbon monoxide is not possible.’

Earlier this year, it was found that the number of young people who picked up smoking during the first national lockdown increased by 25% compared to before the Covid-19 pandemic.