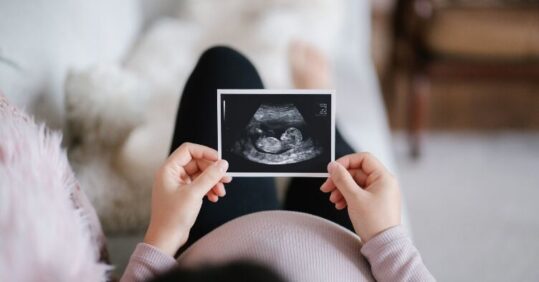 Body Mass Index (BMI) measurements in obese people are a less useful indicator of whether a woman will develop gestation diabetes (GDM) than other clinical measures, according to a new study.

Women with a raised BMI are considered at risk of developing GDM during pregnancy, but researchers from King’s College London have found that for obese women, alternative adipose measurements are more effective in predicting the risk of GDM.

Age and systolic blood pressure are confirmed clinical risk factors for the development of GDM for all women, but measurements such as neck circumference can be used to assess GDM risk within obese women.

The findings, published in PLOS One,  reinforced the idea that women with obesity should concentrate on becoming as fit as they can before pregnancy. Changes in weight throughout pregnancy were less significant than the weight measured at the beginning of the pregnancy in the development of GDM.

It is estimated that approximately 20% of adult women will be obese by 2025, and in 2014 figures showed that around 14.6 million pregnant women were obese globally. Obesity is a strong risk factor for GDM, and the rise in obesity levels has led to an associated increase in the prevalence of GDM.

The researchers undertook a secondary analysis of data from the UPBEAT trial, which looked at lifestyle intervention in pregnant women with obesity. Clinical risk factors were examined for each case, and measures of adiposity and weight were assessed in both the second and third trimesters to discover whether the factors that might predispose pregnant women with obesity to GDM were different to those recognised in the general population.

Of the 1117 obese women, 25% developed GDM during their pregnancy. For obese women, specific markers of size or fat measurements taken in the second trimester, such as neck circumference and skin fold thickness under the shoulder blade, were more useful than BMI measurements.

Notably, obesity at the start of pregnancy was associated with an increased risk of GDM, and gestational weight gain or changes in adipose measurements over the pregnancy had little effect.

Dr Sara White, who led the research, said: ‘This work has expanded knowledge on the risk factors for gestational diabetes that are specific to women with obesity; some, such as age and a previous experience of gestational diabetes, are equally important as for normal weight women, but specific patterns of weight/adipose distribution in early pregnancy are more discriminatory for women with obesity than weight alone amongst an obese group.’

The researchers are now working towards developing a targeted intervention for obese women to better predict the likelihood of developing GDM and improve outcomes for this specific group.