– Mental health problems in the perinatal period are common

– Early intervention is a unique opportunity to make a real difference

Pregnancy and the year following birth are important periods in the lives of mothers, their babies, partners, and families. Health problems during this time have short and long term implications for those involved.1 Although the term perinatal is used in various ways in different contexts, with regard to perinatal mental health (PMH) it is generally taken to refer to pregnancy and the first postpartum year. Women can be affected by a range of mental health problems, including depression, anxiety and psychotic disorders, not just postnatal depression. This article aims to discuss both common and severe perinatal mental illnesses, how to identify and treat them, focusing on the health visitors’ role.

Non-psychotic mental disorders are among the most common disorders of the perinatal period, however anxiety and depression are still under-recognised.2 Depressed mood is common, with ‘baby blues’ affecting half of postpartum women. Its typical onset is two to five days after delivery, lasts a few days, but does not require treatment. Postnatal depression affects around 10% of women. In many cases it starts during pregnancy but is not detected until after birth. Treatment may involve self-help strategies (eg exercise, guided self-help), non-directive counselling, psychological therapies (eg cognitive behavioural therapy) (CBT), antidepressant medication (eg sertraline). It is usually treated at home but severe cases may need admission, with the baby if possible.

Anxiety disorders may occur along with depression (in 15-25% of cases)3 and are also often overlooked.2 Anxiety disorders include a variety of diagnoses such as generalised anxiety disorder, obsessive compulsive disorder (OCD), post traumatic stress disorder (PTSD), phobias or panic disorder. In OCD, women experience anxiety, obsessions and compulsive behaviours. Ruminations may include thoughts of harming the baby, but these need to be distinguished from the delusions of psychotic disorders, as ruminations are very unlikely to lead to actual harm. PTSD in the perinatal period can be triggered by traumatic experiences during pregnancy and childbirth. Prevalence of OCD and PTSD in the perinatal period varies depending on the studies but is approximately 3% for each.

Postpartum psychosis (PP), also known as puerperal psychosis, is a severe form of perinatal mental illness and always requires medical assistance.4 It can develop in just a few hours and requires urgent treatment. Fortunately, it is not as common as some of the other conditions discussed above (approximately one-in-1000 women). It usually presents as mania, severe psychotic depression or a mixed episode with both high and low mood. There is strong evidence for the association with bipolar disorder, with PP episodes following one-in-five pregnancies in women with this condition and around a 40-50% risk of any major affective episode in the perinatal period.5 Treatment includes antipsychotic medication (e.g. olanzapine), antidepressant medication, mood stabilisers (e.g. lithium), support and counselling. It often requires admission, with the baby if possible.

Mental health problems in the perinatal period are common, affecting at least 10% of women with many going undetected, and extend beyond the most well-known, which is postnatal depression. It affects not only the mother, but the family relationships. Partners can be affected too, with depression rates in fathers in the pre and postpartum period of approximately 10%.6

In addition to the significant impact on the couple, if untreated, perinatal mental illnesses may be linked with negative child outcomes, with associations reported for psychological and developmental disturbances.1 The mechanisms underlying these are complex but probably include genetic, biological and environmental pathways.The socio-economic cost of PMH issues to society is estimated to be £8.1 billion for each one-year cohort of births in the UK. Nearly three-quarters (72%) of this cost relates to adverse impacts on the child rather than the mother.7

It is important to be clear, however, that the majority of women experiencing perinatal mental illness recover. It is essential that in discussing this issue, we do not increase the guilt they feel, as guilt is a core symptom for many women experiencing depression at this time.

The onset and development of perinatal mental illnesses can be prevented through early identification and appropriate management, leading to a positive impact on the lives of many families. Universal services, particularly midwives and health visitors, are uniquely placed to identify mothers who are at risk of, or suffering from, perinatal mental illness, and ensuring they get the support they need as early as possible. Past psychiatric history (eg depression, anxiety, PTSD) and psychosocial adversities (eg low social support, domestic violence and abuse) are predictors of perinatal mental illness but the latter has little diagnostic specificity.2

Most research to date has focused on the identification of postnatal depression. There has been considerable debate and controversy over the best screening tools and indeed on the risks and benefits of screening itself. The most frequently used tool is the Edinburgh postnatal depression scale (EPDS),8 a self-report 10-item questionnaire, validated for antenatal and postnatal use. However, it has been pointed out that the positive predictive value is low and varies significantly depending on the population, prevalence, translation and cut off point.

The National Institute for Health and Care Excellence (NICE) guidelines3 recommend that healthcare professionals consider asking two identification questions about depression at several points during pregnancy and postpartum, these are:

– During the past month, have you often been bothered by feeling down, depressed or hopeless?

– During the past month, have you often been bothered by having little interest or pleasure in doing things?

– Over the last two weeks, how often have you been bothered by feeling nervous, anxious or on edge?

– Over the last two weeks, how often have you been bothered by not being able to stop or control worrying?

Although the issue of screening continues to generate considerable debate, what is not in doubt is that it is important for all healthcare professionals to identify women with mental health problems quickly in order for them to get the help they need. It is also important to remember that screening tools are not there to diagnose depressive disorders, but merely aim to identify women for whom further assessment is needed.

For psychotic disorders and those at the most severe end of the spectrum, biological factors (eg hormonal, immunological and genetic9) seem to play a more prominent role in the triggering of episodes by childbirth. Women with a history of bipolar disorder or a previous severe postpartum episode are at many hundred-fold risk of an episode of PP, with 50% or more of deliveries affected. Risk is further increased if there is additional family history.5 Both NICE3 and the Scottish Intercollegiate Guidelines Network (SIGN)10 recommend that all pregnant women are asked about personal history of PP, other psychotic disorders (especially bipolar affective disorder and schizophrenia) and severe depressive disorder. It also recommends that they are asked about family history of bipolar disorder or PP.

The role of the health visitor

Health visitors are qualified nurses and often midwives before they undertake a specialist degree in public health to qualify as a health visitor. Many have additional qualifications, knowledge and skills in evidence-based interventions such as motivational interviewing, CBT-based approaches, solution focused therapies, sleep hygiene and counselling. These skills are commonly referred to as listening visits, or more recently, health visitor therapeutic interventions.

Health visitors work in partnership to lead and deliver the Healthy Child Programme11 from antenatal care through to school entry and beyond. They are ideally placed to offer health promotion, anticipatory guidance, early identification and management of mild to moderate perinatal mental illness, assessment of risk and timely referral on to specialist services where additional support is required.12 Help includes addressing the needs of fathers and wider family and building community capacity, for example: postnatal groups, father groups, physical activity, develop local integrated multi-professional pathways.

Perinatal mental illness rarely occurs as an isolated need and effective interagency working is crucial. Health visitors have a unique and privileged role with families as relationships are often built up over a number of years. This is important when considering that women value seeing the same healthcare professional and that the quality of outcomes are influenced by the quality of the relationship built with families.13 Initiatives such as the PMH Champions and specialist health visitors in Perinatal and Infant Mental Health14 are expected to play a valuable part in reducing the incidence and impact of PMH problems– creating savings on child and adult mental health services, and improved public health.

The perinatal period is a crucial time for families. There is a need for a multi-professional team approach (social workers, GPs, psychiatrists, obstetricians, nurses, midwifes and health visitors among others) to identify and treat the problems in a timely manner.

6. Paulson J, Bazemore SD. Prenatal and postpartum depression in fathers and its association with maternal depression: A meta-analysis.JAMA 2010;303:1961-9. 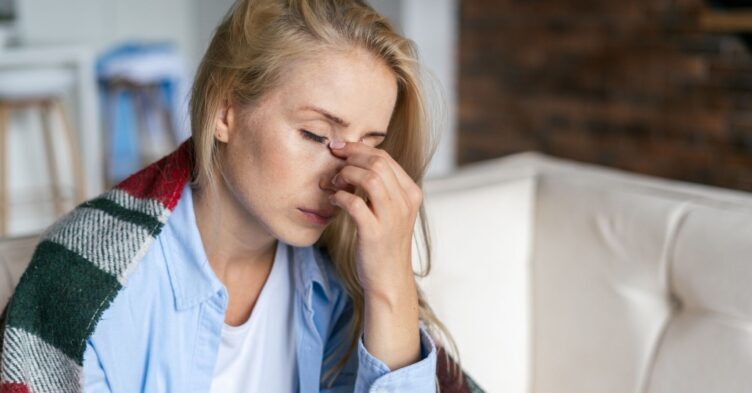 Pregnancy and the year following birth are important periods in the lives of mothers, their babies, partners, and families