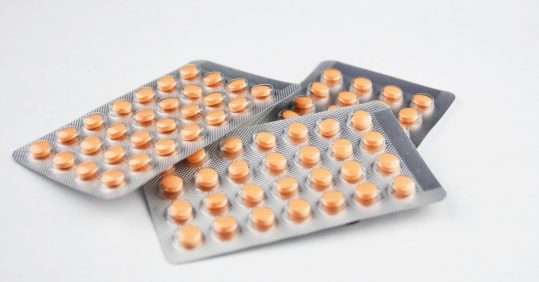 Prescription charges for hormone replacement therapy could be scrapped in England under a proposed legislation.

The Menopause (Support and Services) Bill — which is scheduled for its second reading on 29 October 2021 in the House of Commons — was first presented to Parliament in June 2021 by Carolyn Harris, Labour MP for Swansea East.

Patients eligible for charges in England currently pay £9.35 for each prescription item, including for HRT.

However, if the Private Members Bill is passed, patients in England who are prescribed HRT would be eligible to get the medicine for free in line with patients in Scotland and Wales, where all types of prescriptions are free to everyone.

Speaking at a parliamentary debate in June, Ms Harris highlighted a lack of education surrounding menopause, and as a result, insufficient support available to menopausal women.

‘Women are suffering unnecessarily, and while some barely notice any changes, for others the suffering is unbearable—stressful, debilitating and completely life-changing.

‘Despite that, many doctors complete their training and leave university with absolutely no education about menopause at all. I am fairly confident that no other medical condition set to impact the lives of more than 50% of the population would be left out in that way,’ she argued.

She added: ‘Far too many women are still being misdiagnosed and prescribed anti-depressants, and they suffer extreme symptoms without the correct treatment and support.’

Speaking on TimesRadio over the weekend (9 October), Ms Harries argued that spending additional money on free prescriptions for menopausal women would save the NHS money in the long run.

‘If you think about how much money is wasted within the NHS from doctors sending women for early-onset dementia tests and for osteoporosis tests. The cost of these tests is a lot more than what it would cost to make the prescriptions free.’

‘For once, women need to be put on the top of the agenda,’ she added.

In July, the Government launched a consultation on whether to raise the minimum age for free prescriptions in England, to help the NHS recoup money spent during the pandemic.

In response, health bodies and charities —including the Royal Pharmaceutical Society — urged ministers to reconsider the proposal, to prevent exacerbating health inequalities and increase costs for local health services.

Meanwhile, women in the UK going through menopause experienced difficulties in obtaining hormone replacement therapy supplies during the coronavirus pandemic.

A version of this story was originally published by Nursing in Practice sister publication The Pharmacist.