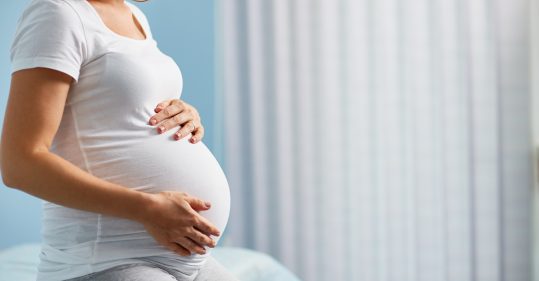 Fresh concerns have been raised about vaccine hesitancy among pregnant women, following research showing the Delta variant is more likely than previous Covid variants to cause severe illness in the patient group.

The study, which also revealed that 99% of pregnant women hospitalised with Covid were unvaccinated, has prompted England’s chief midwife Jacqueline Ms Dunkley-Bent to write to GP practices urging them to encourage expectant mothers to get the Covid-19 vaccine.

The figures from the University of Oxford reveal that just four women were vaccinated out of the 742 admitted to hospitals with Covid since February, when the vaccine data collection started.

Researchers say the lack of vaccinated women in hospital shows the jab is working. However, those behind the study noted ‘vaccine uptake is reported to be low compared to the general population’.

Meanwhile, the new data – taken from the UK Obstetric Surveillance System – suggests the Delta variant is increasing the severity of illness for pregnant women.

A total of 3,371 pregnant women have been admitted to hospital with symptomatic Covid-19 since the pandemic began, according to the new data.

Analysis has revealed 45% of those admitted during the Delta variant phase experienced moderate or severe disease – far higher than the 36% during the Alpha variant period, or the 24% in the initial wave of the virus.

The authors behind the study, which has not yet been peer-reviewed, said there were insufficient data to examine the impact of vaccination status on severity of infection.

At least 55,000 pregnant women have received one or more doses of a Covid vaccine in the UK so far.

The researchers said it was ‘extremely good news’ that so few vaccinated pregnant women have been admitted to hospital with the virus.

But they said it was ‘very concerning’ that increasing numbers of pregnant women are being admitted to hospital – with 200 in the past week – especially as the Delta variant dominates.

NHS England said the increasing number was ‘broadly in line with the current rise in hospital admissions due to coronavirus’.

But it highlighted that in England, in the last three months alone, one in three pregnant women in hospital with Covid-19 in England required additional respiratory support (33%), with more than a third developing pneumonia (37%), and around one in seven needing intensive care (15%).

Marian Knight, professor of maternal and child population health at the University of Oxford and chief investigator of the study, said: ‘It is extremely good news that so few vaccinated pregnant women have been admitted to hospital with Covid-19.

‘However, it is very concerning that admissions of pregnant women to hospital with Covid-19 are increasing and that pregnant women appear to be more severely affected by the Delta variant of the disease.

Ms Dunkley-Bent, chief midwifery officer for England, said: ‘Thanks to the planning, skill and dedication of hard-working staff the NHS Covid vaccination programme is the biggest in health service history and the most precise in Europe.

‘But we need everyone to come forward and take up the evergreen offer of a jab which is why I am calling on pregnant women to take action to protect themselves and their babies and on my fellow midwives to ensure they have the information they need to do so.’

Last week Public Health England urged pregnant women to take up their offer of a Covid vaccine to reduce the risk of premature births related to the virus.

Pregnant women became eligible for the Covid vaccine in April after the Joint Committee on Vaccination and Immunisation authorised the move – but said they should be invited based on their age and clinical risk group instead of prioritised due to be being pregnant.

A version of this article originally appeared on Nursing in Practice sister publication Pulse.