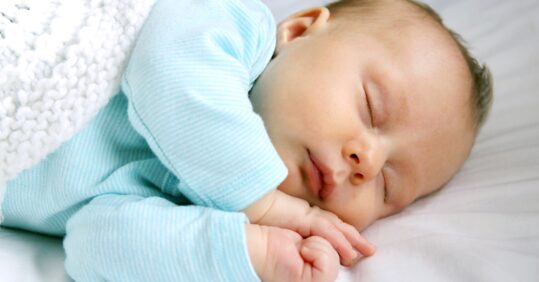 A quarter (25%) of new mothers in England have said they were not asked about their own mental health at their postnatal six-week check at their general practice, according to new research.

The National Childbirth Trust (NCT), which interviewed 893 mothers in March, also heard that 25% of new mums felt uncomfortable talking openly about their physical and mental health at all during the appointment.

These appointments, which should take place 6-8 weeks after a mother gives birth, have been a longstanding recommendation but became a GP contractual requirement last year, with a £12m addition to the global sum.

However, 85% of mothers reported the six-week check focused ‘mainly or equally’ on the baby’s health, up from 45% in 2019, the NCT study found.

Meanwhile, only 15% said they had a consultation that was focused on their own health and wellbeing.

In response to the findings, the RCGP said GPs had been working ‘incredibly hard’ during the pandemic to deliver care and services to patients – ‘including maternal post-natal checks’.

The research, published last week (22 April), showed that the same proportion of women are getting the six-week check as before the pandemic – with 88% seeing the GP in person, over the phone or online in 2021, and 88% in 2019.

The report also highlighted the experience of one mother who said she did not feel able to discuss her mental health needs under the circumstances of her appointment.

She said the only question she was asked about herself was ‘you’re alright, aren’t you’, which she said was not very helpful.

‘I did want to discuss mental health but didn’t feel able to do so in the circumstances. It felt like they were trying to shove me out of the door as quickly as possible,’ she added.

Angela McConville, chief executive of the NCT, said the findings were ‘extremely disappointing’.

She added:  ‘We realise GPs and other services have been working under immense pressure recently but the pandemic has had a huge impact on the wellbeing of many new mothers. This makes it even more important that mums’ postnatal health checks are prioritised.’

The NCT called on GPs to provide ‘dedicated time and space’ for the appointments.

RCGP joint honorary secretary Dr Victoria Tzortziou Brown said the postnatal checks were ‘important opportunities’ for women to discuss any physical and mental health concerns they may have, as well as ensuring their baby is healthy.

‘GPs and our teams have been working incredibly hard throughout the pandemic to deliver the care and services our patients rely on us for – including maternal post-natal checks – in as safe a way as possible,’ she said.

‘It’s encouraging that a similar number of new mothers are being offered, and are coming forward for, their six-week post-natal check as before the pandemic.’

She added: ‘Having conversations about physical and mental health can be daunting for some patients, but general practice is a confidential and non-judgemental space in which new mothers can discuss their concerns openly and without fear of stigma, and receive the advice and care they need.’

Last week, a leading health visitor spoke up about the strain health visitors have been under during the Covid crisis after a Twitter exchange suggested many parents felt abandoned.