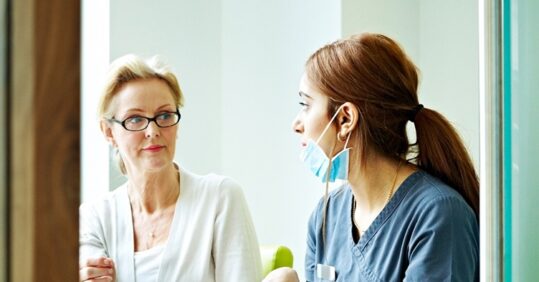 1. Know the basics and be able to explain them to patients

Symptoms of the menopause occur due to oestrogen deficiency after ovarian follicular activity ceases1; giving oestrogen alone would therefore treat these symptoms but leave the endometrium exposed to unopposed oestrogen. Over time, this causes endometrial proliferation as cells multiply in response to the oestrogen, and increases the risk of endometrial cancer. Women who have their uterus therefore need combined hormone replacement therapy (HRT) with oestrogen and a progestogen, whereas those who have had a hysterectomy can have oestrogen alone. Seek advice in the case of women who have had a hysterectomy due to endometriosis, as they may also need combined HRT for a period after surgery. Women who have only vaginal symptoms (such as atrophy/dryness) may benefit from vaginal oestrogen alone; in this situation there is no need to take a progestogen even for women with a uterus. Vaginal oestrogen can also be added to systemic HRT if genital symptoms remain a problem.

Key symptoms of the menopause:

2. Be able to talk about the risks in simple terms

Levels of health literacy in the general public are low – more than 50% of working-age adults can’t understand or make use of everyday health information if it involves the use of numeracy skills.2 Offering information in easy-to-use chunks and using infographics can help your patient to make an informed decision – the table ‘Explaining the risks’ below may help. There are few absolute contraindications to HRT but it should not be initiated in primary care to women with a history of breast cancer – a careful and documented discussion should be had with the oncologist before the prescription of any HRT, systemic or vaginal. These women may benefit from a non-hormonal alternative such as clonidine, gabapentin or venlafaxine.1,3

3. Balance the risks against the benefits

The immediate benefit to women is the relief of symptoms. If symptoms are so bad that it is affecting a woman’s job, home life, ability to exercise and sleep, then it is likely that she will benefit from HRT purely on the basis of symptom control. HRT use also has longer-term benefits in terms of a reduction in the risk of fragility fractures1, increase in muscle mass1 and strength, and a reduction in all-cause mortality.4

5. Be clear about cyclical versus continuous HRT

It is perfectly acceptable to prescribe during the perimenopause. This is defined by NICE1 as: ‘The period before the menopause when the endocrinological, biological, and clinical features of approaching menopause start. It is characterised by irregular cycles of ovulation and menstruation and ends 12 months after the last menstrual period.’

Women who use HRT within one year of their last menstrual period (LMP) should generally have cyclical or sequential HRT, where the use of a progestogen for two weeks of the month gives a regular bleed. Moving straight to continuous HRT during the perimenopause risks irregular bleeding. If starting more than one year after the last period, then continuous HRT can be used. The exception to this is women who use the Mirena IUS  – this can be given as the progestogenic component of HRT at any stage. Mirena is the only brand of IUS that is licensed for HRT – no other brand should be used. The HRT licence for Mirena is for four years, one year less than the contraceptive licence, but the guidance is that it can be used off-licence for this indication for 5 years.6

There is a bewildering variety of HRT preparations on the market, although there have been some well-documented shortages over the past few years.7 If you follow the basic principles discussed above and outlined in the flowchart below, then your choice may be guided as much by what your local pharmacy can get as by anything else.

Further information on the details of prescribing is available in the Primary Care Women’s Health Forum guide to HRT4, on the NICE CKS page1 and from MIMS, which has a useful table of HRT preparations.8

Declaration of interest: Dr Hazell is on the executive committee of the PCWHF, a role that involves both paid and paid work 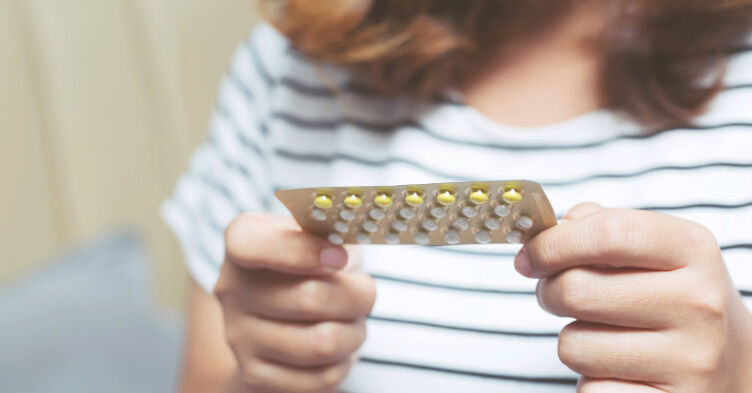 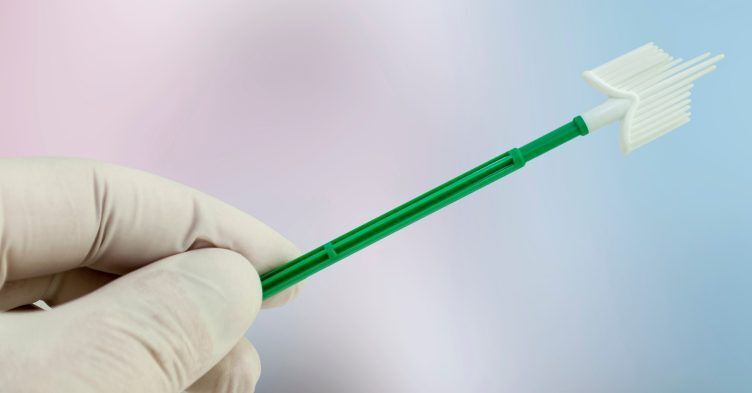 There is a bewildering variety of HRT preparations on the market, although there have been some well-documented shortages over the past few years.