‘Care home staff not tested because of delivery lag’ 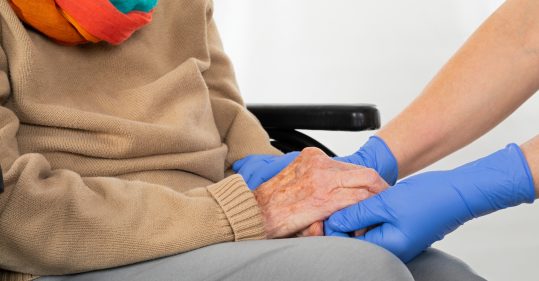 Care home staff in England are not being tested weekly for Covid-19 because of long waits for kit deliveries from the Government, Nursing in Practice has learnt.

Care home managers have said they are waiting weeks to receive their orders for tests, which means they are unable to fulfill the Government’s promise to ensure staff are tested regularly.

At the start of this month the Department of Health and Social Care announced staff in care homes in England would be tested weekly and residents every 28 days.

One care home manager, based in the West Midlands, who did not wish to be named, told Nursing in Practice testing kits had still not arrived after ordering them three weeks ago from the Government’s care home portal.

They said they had ‘not been able to obtain’ more testing kits after running out of them, meaning staff and residents at the home had not been tested since the end of May.

The Government portal states that care homes will receive an email detailing delivery dates, but some managers have said they have not been told when orders will arrive. One based in the South East said this is despite chasing by phone multiple times after ordering ‘weeks ago’.

Another manager, also based in South East, said they ordered tests at the beginning of July, immediately following the Government’s announcement. They have since received an email promising a delivery ‘soon’, but with no specific date.

He added: ‘I know it is the intention of the government to do weekly testing and they must do all they can to ensure that tests are available for staff every week if we are going to control this deadly virus.’

Regular testing has been promised for all care homes for over 65s and those with dementiaby the end of this month.

A Department of Health and Social Care spokesperson told Nursing in Practice: ‘We have been doing everything we can to protect care home residents and staff during this unprecedented global pandemic, including increasing access to testing.’

Last week, health and social care secretary Matt Hancock told the House of Commons testing kits made by healthcare diagnostics company Randox should not be used until further notice over safety fears.

The DHSC spokesperson told Nursing in Practice that care homes can continue to use test kits from suppliers other than Randox.

In early May, almost 40% of all Covid-19 deaths in the UK were among care home residents, amid concerns about a lack of PPE.

The social care staff death rate from Covid-19 is also twice that of the general population, according to Office for National Statistics data up until 20 April.