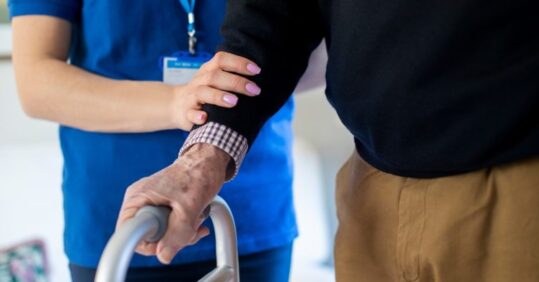 Care homes have had to cancel their registration to provide nursing care because their attempts at recruitment have failed, the CQC has said.

In its annual State of Care report, published on Friday, the health and social care regulator for England warned the already poor retention of registered nurses in adult social care could worsen if staff are tempted to ‘take up vacant posts in hospitals’ because of pressures on the sector.

It pinpointed the high turnover rate of nurses in social care – 38.2% in 2020/221, compared with 8.8% for equivalent NHS roles. The data is from independent charity Skills for Care, which also estimates vacancies across the care workforce rose from 6.1% in March to 8.2% in August 2021.

The CQC revealed an ‘established’ home recently decided it was now ‘untenable’ to provide nursing care because of staff shortages, meaning 15 residents were forced to find new homes. Finding agency nursing cover would have cost the home ‘thousands’ in fees each week, it added.

It continued: ‘We have heard examples of care homes having to cancel their registration to provide nursing care because their attempts at recruitment have failed, leaving residents needing to be found new homes in local areas that given staffing challenges are already at, or close to, capacity.’

National Care Forum chief executive Vic Rayner called for urgent action to tackle the ‘serious staffing issues’ facing the sector. The report described an ‘exhausted’ and ‘depleted’ workforce, ‘for whom the increased pressures of the last 18 months have caused stress and burnout,’ she added.

Ms Rayner continued: ‘The £162.5m additional workforce retention and recruitment fund announced [on 21 October] is a drop in the ocean of what is really needed.’

Although, the report also welcomed the Government’s recent announcement of a further £5.4bn for social care, with £500m for professional development and wellbeing of social care staff.

Unison general secretary Christina McAnea agreed the CQC makes ‘crystal clear’ that the sector is ‘on the precipice due to the catastrophic staffing crisis’, adding that the mandatory vaccination policy due to come into force on 11 November will ‘make the situation a whole lot worse’.

She added: ‘Urgent action is needed to improve pay for this skilled, crucial work and begin to plug the gaping holes in the care workforce. With a winter crisis looming, and Covid cases on the rise, the knock-on effect for hospitals will be disastrous.’

The report comes after social care leaders warned last week that the Government must step in before staffing shortages overwhelm social care.