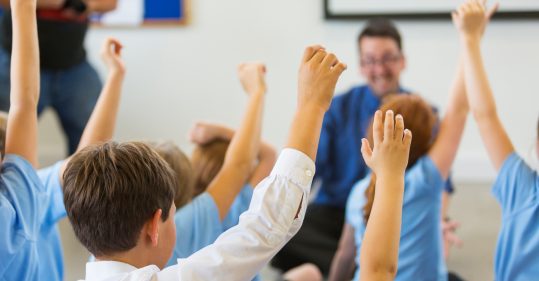 The ‘postcode lottery’ of Covid vaccination rates among 12- to 15-year-olds in England could be linked to deprivation, a school nurse leader has warned.

Figures collected by Labour, and revealed this week, showed children in the area with the highest vaccination coverage, West Berkshire, are three times as likely to have received the jab as those in the lowest vaccinated area, Hackney – at 62.1% compared to just 19.9%.

London has the lowest vaccination rate overall with just one in three children having received the jab, amid challenges with vaccine hesitancy in some communities, it also found.

Sharon White, chief executive of the School and Public Health Nurses Association, told Nursing in Practice it is ‘hard to pinpoint any single reason’ for the ‘staggering’ regional variation in vaccination rates. However, she highlighted ‘clear links’ between low vaccination rates and high deprivation.

‘These more deprived areas are often the same areas that funding for school nursing services has suffered more cuts, so the workforce to support school-age immunisation isn’t there,’ she added.

In addition, Ms White pointed to a ‘perfect storm’ around recruitment and retention. This is partly because school nursing has become ‘more complex, reactive and overwhelmingly about safeguarding’ amid rising rates of abuse and a lack of support during the pandemic, she added.

School nurses often have ‘intelligent and rich meetings’ with faith leaders, community groups, schools and homes to help target groups more likely to be vaccine hesitant, she explained – but currently there is no ‘spare capacity’ amid vaccination delivery and catching up after schools were closed.

Labour has urged the Government to provide more support, such as by bringing back retired clinicians and enabling young people to get vaccinated in pop-up and walk-in clinics. Vaccine rollout must be ‘ramped up’ to protect children’s education amid rising Omicron cases, it said.

Bridget Phillipson MP, Labour’s shadow education secretary, said: ‘As Omicron cases in the UK are starting to rise it’s even more important that we speed up vaccine roll-out, but the Government’s lacklustre approach is putting children’s education at risk of further disruption.’

In October, leading school nurses warned the Government that it must reverse ‘devastating’ cuts to the public health grant and restore the number of school nurses to where they stood a decade ago.