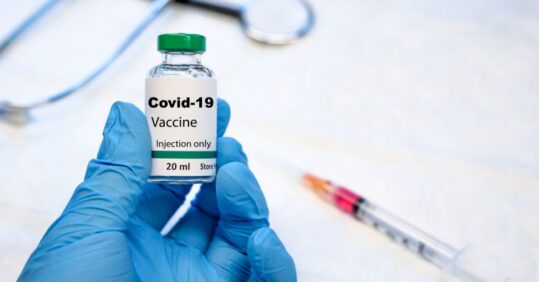 Groups including the RCN and Care England said the Department of Health and Social Care (DHSC) announced the restrictions to the national booking service, which had allowed the staff to self-refer for jab appointments, without warning last Thursday because of vaccine shortages.

In a letter sent to health and social care secretary Matt Hancock, seen by Nursing in Practice, the 23 bodies questioned scrapping a system that had ‘significantly improved access to vaccinations’ for staff working in non-NHS services such as care homes, domiciliary care services and special schools.

They warned: ‘The ending of this route puts pressure on already hard-pressed primary care and returns to systems which were difficult for people to navigate and acted as a barrier to being vaccinated.’

The service, which is provided by NHS Digital for eligible people in England to book coronavirus vaccinations, was opened to all frontline health and social care staff in February amid concerns around low vaccine uptake, particularly among care staff.

The latest NHS Digital data, as of 1 April, shows a fifth (22.2%) of older adult care home staff still have not received their first dose, although this is an improvement from one-third in February.

Others who have not been vaccinated but are no longer eligible for the booking system include new starters at work, students on their first placement, those who have recovered from illnesses that meant they could not be vaccinated and those who have overcome vaccine hesitancy, the letter said.

It concluded: ‘We urge you to reintroduce access to the national booking system for non-NHS health and care staff, and students, as soon as is practical.’

In a separate statement, the National Care Forum (NCF) pointed out that care home staff – who are in the Joint Committee on Vaccination and Immunisation’s priority group one – cannot access the system while ‘all other priority groups 3 to 9 appear to remain eligible to use the service’.

It also complained that the move was ‘made immediately prior to the four-day bank holiday, with no notice and the decision only being formally communicated on Thursday evening’.

She said: ‘The fact that the changes were announced on April Fool’s Day does not help the credibility of a government that on one hand says every care worker must be vaccinated, and in the same breath turns off the most accessible supply tap for those self-same workers.’

Colin Angel, policy director at the United Kingdom Homecare Association, told Nursing in Practice that it is ‘counter-intuitive to switch off the national booking system and make vaccination harder’ for those who were initially hesitant about the vaccine but have since change their minds.

He added: ‘It is particularly disappointing that the decision was made without a robust alternative arrangement in place, nor any guarantee that the national booking service will be made available to social care workers in the future.’

Nursing in Practice has contacted the Department of Health and Social Care for comment.