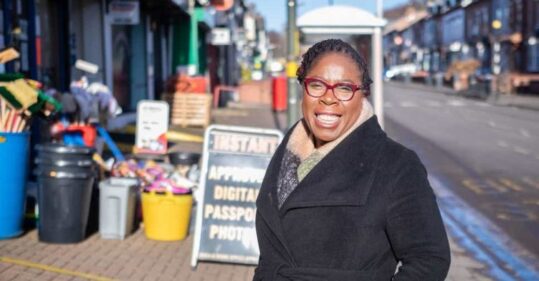 Former district nurse Paulette Hamilton has been chosen by Labour as its candidate for the Birmingham Erdington by-election.

The Labour councillor, who worked as an NHS nurse for 25 years, supported the vaccine rollout during the Covid-19 pandemic and has been a local councillor since 2004. She was appointed mental health champion to the City Council in 2013, and cabinet member for health and social care in 2015.

The by-election was called following the death of Labour MP Jack Dromey on 7 January. He was a 73-year-old father-of-three who had represented the constituency since 2010.

Ms Hamilton said: ‘I’m incredibly proud to have been chosen to be Labour’s candidate for Birmingham Erdington. I live in Erdington, so I know the issues faced by every local family.’

She added that she understood the issues faced by ‘every local family’ and she would ‘fight for every vote’. She outlined aims to tackle fly-tipping and regenerate the high stress, as well as tackling houses in multiple occupation and anti-social behaviour.

Posting to Twitter, she wrote: ‘Thank you to the Erdington Labour members for selecting me – I promise to work hard every day of this campaign and with your support look forward to representing Erdington in Parliament. I will do my best to continue the legacy of Jack Dromey’s outstanding work.’

The date of the upcoming by-election has not yet been announced. The Birmingham Erdington seat has been held by Labour since its establishment in 1974.