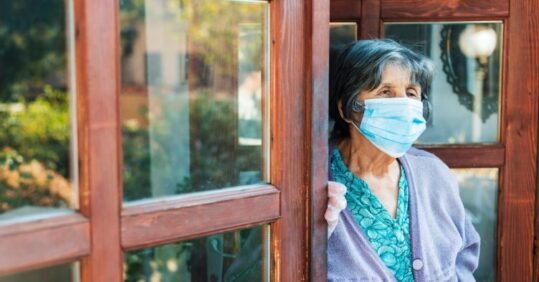 Reforming the sector will be a ‘significant challenge’ but it is in need of a ‘whole system, cross-government approach’, a National Audit Office (NAO) report, released yesterday, said.

It said: ‘Short-term funding settlements have hampered long-term planning for adult social care. Uncertainty has made it difficult for local authorities, facing significant financial pressures, to plan how much care they could purchase beyond the current financial year, constraining much needed innovation and investment.’

The report also noted that the Department of Health and Social Care (DHSC) had not produced a workforce strategy for social care in England since 2009. Although the DHSC committed to producing a workforce strategy in 2018, it told the NAO this would be dependent on the next spending review in the Autumn and proposals for legislation outlined in the draft white paper, published in January, although this did not cover wider reform.

Current accountability and oversight arrangements for adult social care were also ‘ineffective’, the report found. The DHSC has limited oversight of how local authorities commission care homes and has no legal powers to intervene, the NAO highlighted. The Care Quality Commission regulates the sector and rates most care homes as ‘good’.

The NAO concluded: ‘Despite many years of government papers, consultations and reviews, the Department has not brought forward a long-term plan for care.’ A Government social care green paper, promised in summer 2017 has been delayed seven times.

Head of the NAO Gareth Davies said: ‘The DHSC has increased its focus on adult social care in response to the Covid-19 pandemic. It needs to build on this to ensure that its long-awaited reforms deliver affordable high quality and sustainable adult social care for the future’.

Health and social committee chair Jeremy Hunt said on Twitter that the findings ‘should stop us all in our tracks’ and there was ‘no time left for can-kicking or endless consultations’.

Care England chief executive Professor Martin Green said: ‘The Covid-19 pandemic has shown the importance of social care and the need to regard it as part of the national infrastructure. Care England, stands ready to support the Government in developing a new vision for social care, that is properly funded, understood, and respected by everyone.’

This comes after Prime Minister Boris Johnson suggested to the Commons liason committee this week that the Government would bring forward proposals on social care reform later this year.

Mr Johnson said he had a ‘clear’ plan to ‘fix social care’ when he became Prime Minister in 2019. Healthcare leaders called on his to make good on this promise in August last year. Care homes bosses warned, after chancellor Rishi Sunak failed to include social care in his Budget this month, that homes and hospices could close without greater levels of Government funding.