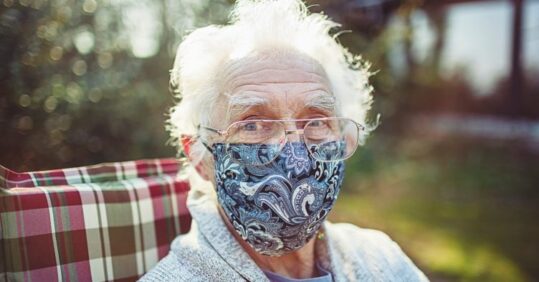 Care home residents can now take ‘low-risk’ trips without having to self-isolate for 14 days afterwards, the Government has said.

The decision to axe the rule, which comes into force today, follows criticism from Labour MPs and the National Care Forum that the requirement turned care home resident into ‘prisoners’ and could deter them from voting in local elections on 6 May.

The new guidelines will allow for walks or garden visits without isolating – but only when accompanied by a care worker or nominated visitor, while following government guidelines of hand-washing and social distancing. Residents may also be able to eat outside at a restaurant if this has been agreed with the care home in advance.

Although, residents away from their home will only be able to go indoors for the use of toilets and voting in local elections to avoid the 14-day isolation period. Those attending medical appointments and going for overnight visits will also still have to isolate for a fortnight.

The Government said it is now ‘much safer’ for care home residents to leave their homes following a fall in Covid-19 cases, with Office for National Statistics figures showing infection dropping in England by 40% from 90,000 in the week to April down to 54,200 in the week to 24 April.

However, Sara Livadeas, chief executive of the support services charity Fremantle Trust, questioned the ‘legal basis’ of requiring residents to be accompanied when leaving the home. She said on Twitter: ‘Absolutely outrageous discrimination and infantalising of older people.’

But Nicci Gerrard, from dementia campaigning group John’s Campaign, questioned why the rule existed in the first place.

Ms Gerrard said: ‘Why did this rule ever exist in the first place – depriving people of their liberty, turning care homes into prison, treating one group of people with such cruelty?’ The change was a ‘chink of light for residents of care homes and their families’, she added.

John’s Campaign co-founder Julia Jones said: ‘As the rest of society has been increasingly able to go about their business, and staff come in and out of the homes daily, this group of people have been wrongfully imprisoned for over a year. It does incalculable harm to mental and physical well-being.’

John’s Campaign had previously launched a legal challenge to the initial blanket quarantine rule, arguing that it was ‘unlawful’ and ‘unkind’.

Chief nurse for adult social care Professor Deborah Sturdy said: ‘The pandemic has been so incredibly challenging for those living in care homes and our social care workforce have done a heroic job of keeping their residents safe and supported.

‘I know this change to the guidance will be hugely welcomed by many and give so many the chance to safely leave their home.’

Prime Minister Boris Johnson said: ‘With the data continuing to head in the right direction and as restrictions ease, it is my priority to keep increasing visits for residents in the coming weeks in a safe and controlled way.’