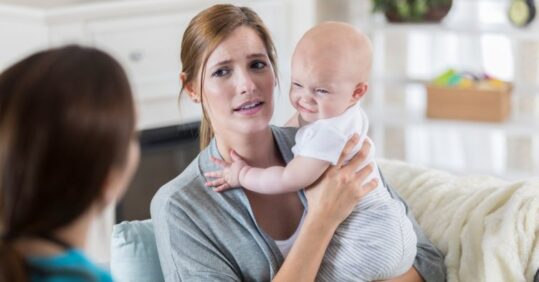 Leading Hampshire health visitors and school nurses have spoken about low staff morale and their fears for child safety if proposals to axe around 47 posts go ahead.

Speaking ahead of the close of Hampshire County Council’s consultation on Monday next week, the clinicians told Nursing in Practice of their ‘massive shock’ upon hearing of the plans. The council aims to reduce 12.5% of its workforce to help it slash its £52m public health budget by £6.8m for 2021/22.

Barbara Hollis, south-east Hampshire health visiting team area manager, said: ‘To cut it by so much will just be impossible.’ She continued: ‘A family may be healthy and happy at first but run into difficulties later. If we’re not seeing families, it’s difficult to develop those relationships, support them through this and spot developing problems.’

Selena Brash, the clinical lead for the east Hampshire school nursing team, said the proposals came ‘out of the blue’ when staff were told in June.

She said: ‘Staff morale has been really low. It feels like a bit of a slap in the face to be told this after we’ve worked so hard over the last 18 months and continue to do so – picking up the pieces Covid has left behind on our young people.’

School nurses have stressed their concern for over 12s, who would see some of the biggest cuts to their services. They would only receive a digital school nursing service and no face-to-face appointments under the plans.

Ms Brash said: ‘These young people wouldn’t want to engage virtually. That would be a tragedy really because we are someone who listens to them.’

A school nurse representative would also not go to child protection conferences or meetings.

Julie Hooper, who manages the eight school nurse teams at Southern Health NHS Foundation Trust, which commissions the service across Hampshire, added: ‘In the last month, there have been approximately 140 safeguarding meetings. Who will go to that? No one under the proposals.’

Ms Hooper added that the scale of the cuts – 12.5% of the workforce – was ‘a significant blow’, particularly on top of years of smaller reductions.

Ms Hollis and other health visitors are also worried families would only receive one of the five face-to-face visits, between pregnancy and 2.5 years, mandated by the Government’s Health Child Programme (HCP). The remaining reviews would be face-to-face or virtual depending on risk.

Health visitors have repeatedly warned the changes could threaten the HCP, which aims to improve the health and wellbeing of children.

An anonymous health visitor explained: ‘We are now finding ourselves in a position as a service that is already struggling to deliver the Healthy Child Programme effectively and efficiently, facing further cut backs. [The cuts will put] children at risk of significant harm.’

Alison Morton, executive director at the Institute of Health Visiting, also spoke to Nursing in Practice about the Hampshire cuts. She said the ‘short-sighted’ proposals will lead to ‘knock-on costs for other services including children’s social care, education and the wider healthcare system’.

Ms Morton added: ‘It is good to see health visitors and school nurses in Hampshire speaking out about these cuts and being the voice for the most vulnerable in our society who often have no voice – please show your support by signing the petitions.’

Councillor Liz Fairhurst, Hampshire County Council’s executive lead member for adult services and public health, told Nursing in Practice: ‘These proposals reflect the challenging financial circumstances facing the County Council, and other local authorities, as we strive to ensure our budgets are balanced. It also highlights the very difficult decisions that face us in doing so.’

The plans are ‘designed to reduce overall costs while ensuring that support is prioritised for those children, young people and families most in need, but that universal help remains available, albeit via different routes’, she also said.

Councillor Fairhurst stressed that ‘no final decisions have been made’ at this stage. She added: ‘I will be giving full consideration to the savings proposals later in the year, which will incorporate the detailed findings from the public consultation.’