How stress is causing health visitors to quit

Since October 2015, when the health visitor implementation plan ended, health visitor numbers declined from 10,309 to 7,852 by July 2018 – a drop of almost 25%. This decline has put a strain on the health visitor service, resulting in increasing stress on the remaining workforce, with many struggling to cope and considering giving up the profession.

In response, the Institute for Health Visiting (iHV) has called for a minimum of 12,000 whole time equivalent (WTE) health visitors.

Janet Smith, who changed her name for this article, loved being a health visitor. She had been practising for 17 years and envisaged she would be in the job until the day she retired. When she quit in 2017, it was a wrench but she could no longer do it because of the stress and pressure.

‘The job became completely unmanageable and I did become quite ill, but I didn’t realise the extent until after I left,’ she tells Nursing in Practice.

Ms Smith says the problems began after she moved from working as a health visitor in a GP surgery into the community, when she took on a corporate caseload.

‘We were taking on families from anywhere in the area, and you couldn’t pinpoint exactly how many you had yourself. But the number was higher than I had ever had in my career. When people left – and a lot of people left – their caseload was absorbed by those who stayed.’

In addition, other aspects of the role changed. ‘Record-keeping became more complex – as it should be – but time wasn’t allocated for it,’ Ms Smith says.

‘Record-keeping takes as long as the contact, but that wasn’t reflected in the time we were given to do the work.’

Ms Smith says she was careful to not compromise on contact with families, but that meant she would spend her breaks and lunchtimes – and her evenings – writing up notes.

This went on for some time, but eventually matters came to a head. Ms Smith says she didn’t notice the changes in her character, but her husband and children did. ‘It was my husband in the end who said: “You can’t go on like this.” I was doing things like getting up at three or four in the morning and worrying about what was going on.’

Ms Smith made the difficult choice to leave health visiting. Initially, she worked in a café. ‘I was making scones, cakes and coffee – just what I needed at the time,’ she says.

Now Ms Smith works as a trainer and a bank nurse in a hospital. ‘I am back to managing myself and what I am doing; I can say when I need time off. I’m much happier and I am getting job satisfaction, which is great.’

Ms Smith’s story is not unique. For instance, in iHV’s State of Health Visiting survey published in December 2018 with over 1,200 respondents, 72% reported that stress levels had gone up, mainly because of long hours and worry about the safety of vulnerable clients. In addition, 45% of respondents had experienced a change of employer in the past year, or expected one in the next year, adding to workplace uncertainty and stress.

The high caseloads are having a negative effect. The State of Health Visiting survey found that only 10% of health visitors reported that all reviews at age two and two-and-a-half were completed by a health visitor. The remainder are delegated to the skill-mix team or are being completed by post or over the telephone.

It further showed that service ‘offers’ rather than completed contacts are being counted in some local authorities, and 75% of all families are not seeing a health visitor formally after the infant’s six- to eight-week check.

Meanwhile, health visitors report reduced capacity to meet needs once they are identified, with 40% saying they doubt they can make a difference as their time is spread so thinly.

Dr Cheryll Adams, executive director of iHV, tells Nursing in Practice that the situation has worsened since the survey was conducted. ‘There aren’t enough health visitors, and they are having to pick up a much greater workload,’ she says. ‘The stress comes when you haven’t got enough time to do everything you need to do.

‘Health visitors are responsible for every single family and should be the early warning system, picking up things that are going wrong. They spend a lot of time worrying about the things they are now not seeing and therefore not picking up – perhaps a safeguarding issue or a child who has a developmental delay.

‘A lot of local authorities have brought in a cheaper workforce – more junior staff – to work with health visitors and to pick up some of their work, but ultimately the health visitor is responsible for addressing families’ needs, even if they don’t make the delegation decisions. This isn’t proper delegation – if the junior worker misses something, or if a child dies, the health visitor will be responsible, even if they haven’t seen the child because of workforce pressures.’

As a result, many health visitors have said they would leave the profession if they could – but stay because they need the job, Dr Adams adds. ‘A lot of the more recently trained health visitors have gone back to nursing because that’s an easy move for them,’ she says. ‘For those who have been in health visiting longer, it is more difficult as they’ve lost their skills in nursing.’

Obi Amadi, lead professional officer for the health visiting trade union Unite, agrees that stress is a growing problem and its sources have to be addressed.

‘From a national point of view, we speak to politicians, stakeholders and government departments so they understand the concerns we have for our members,’ she says.

Ms Amadi adds that health visitors experiencing stress should alert their line managers about their concerns and seek a resolution. If they are unable to meet demand and expectations, they must document this. ‘If the service they are providing is unsafe, they need to [speak out].’

Numbers of health visitors are continuing to fall, which is likely to increase the stress of those who remain in the profession. But those who are under stress should seek help, as Ms Amadi outlines.

In October, the Institute published Health Visiting in England: A Vision for the Future,1 which included a series of recommendations for the future of the profession, outlining how a ‘radical shift’ in government policy is required to provide sustainable funding for prevention and early intervention services for children in England.

It also called for action to prevent the decline in health visitor numbers and restore them to the target figure calculated for the 2011-2015 Health Visiting Implementation Plan, of 12,000 whole time equivalents. This included career paths towards and beyond registration as a health visitor, including apprenticeship, preceptorship and further post-qualifying professional learning and development.

On a local level, health visitors experiencing stress should ask for clinical supervision if they are not having any, Dr Adams says.

iHV has called on the Government to take responsibility for the state of health visiting services and to take the action required to make a difference.

But Dr Adams is also encouraging health visitors to band together to more effectively communicate their concerns: ‘They need to speak out with one voice if they are being asked to change their practice in ways that they know will be negative to their work with children.’

How stressed are health visitors?

72% report that their stress levels have gone up

44% report caseloads of over 400 children 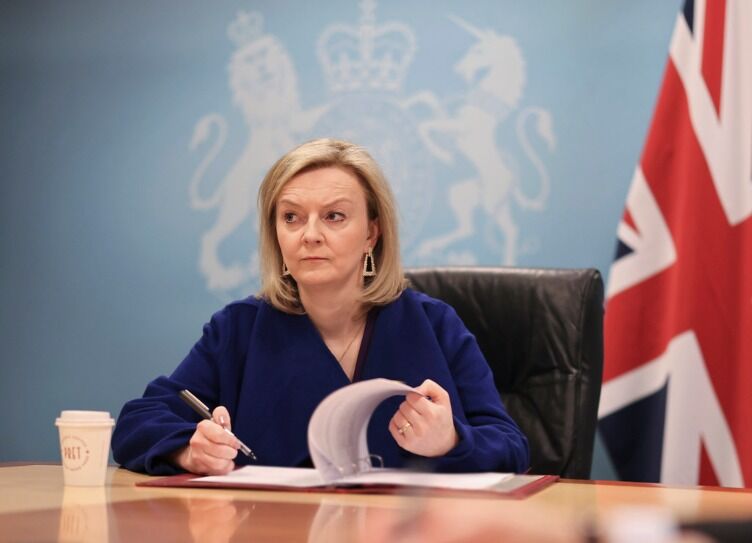 What will Liz Truss becoming Prime Minister mean for nurses and the NHS?

Stress is increasing among health visitors and even forcing some to leave the profession. Action is needed to address this situation and the increase in ‘inadequate’ and ‘poor’ service that has surfaced as a result – but there are no easy answers, writes Dan Parton