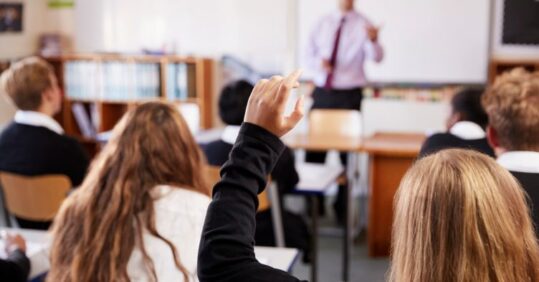 Former home secretary Saijd Javid has urged the Government to reverse the decline in the number of school nurses amid growing concerns over children’s safety and child abuse.

This comes as a report published this week, led by Mr Javid and compiled by the Centre of Social Justice (CSJ) think tank, warned of an ‘epidemic’ of child sexual assault worsened by Covid-19 lockdowns.

It calls for school nursing staff levels to be restored to pre-2010 numbers – which is around a third higher than the latest figures show – and all school staff to be trained to spot signs of abuse.

In an article published in the Daily Mail this week on the report, Mr Javid argued: ‘Because young people often feel safer discussing sensitive issues with healthcare professionals, the Government should consider reversing the significant decline in school nurses.

‘Even when a child isn’t ready to talk, nurses are well placed to notice when problems such as sexually transmitted infections point to much more serious issues.’

The CSJ report added that school nurses should be required to undertake training on child sexual abuse. It added: ‘They should work closely alongside the school…to clarify for young people what constitutes unacceptable sexual behaviours in order to help support disclosure.’

It also warned lockdown has worsened the situation for many children, as explored in Nursing in Practice’s in-depth feature on the impact of coronavirus on children.

For example, the report noted children’s charity the NSPCC found lockdown had created an additional barrier for abused children to talk to trusted adults, and that some were being sexually abused more frequently as they were spending more time with their abuser.

Nurses ‘should be capable of using technology such as texting and emailing’, it added. The use of technology was featured in school nurse Sharon White’s latest blog for Nursing in Practice after a school nurse prevented a child attempting suicide through a text conversation.

In his article, Ms Javid continued: ‘It’s crucial we don’t miss the signs when a child is being victimised, and that we support them to tell a trusted adult. Particularly for those being abused at home, the best place for this can be school.’

Last week, RCN chief executive Dame Donna Kinnair called for every school to have its own full-time nurse to help support children’s physical and mental wellbeing.