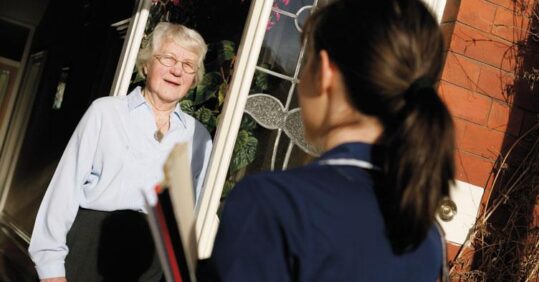 The NMC must rethink its proposed post-registration standards for community nurses because they are ‘not fit for purpose’, nursing groups have warned in an open letter.

But draft proposals would introduce one set of SPQ standards for all fields with ‘bespoke elements where needed’, although the NMC revealed in its January council meeting that ‘very few field specific standards have been identified by stakeholders that are bespoke’.

In a letter to the NMC on Friday, signatories, including QNI chief executive Dr Crystal Oldman and RCN chief executive Dame Donna Kinnair, raised concerns that the NMC has not yet identified any ‘bespoke elements’ for each specialism.

The letter said: ‘We welcome the Nursing and Midwifery Council’s continued commitment to identifying bespoke standards of proficiency for each of the five SPQ annotations. However, we remain somewhat surprised that the NMC have been thus far unable to identify any.’

It added: ‘We remain concerned that the core standards of proficiency will not facilitate delivery of the NHS priorities for each country and that the standards as they are will therefore not be fit for purpose.’

The signatories also looked at a report published last November from consultants Pye Tait, who were commissioned by the NMC to look into its post-registration standards review.

Their analysis of the Pye Tait report found 27 bespoke standards across the SPQ community fields of practice, which have been submitted to the NMC for consideration with the letter.

The letter continued: ‘It is regrettable that this [Pye Tait] report dated the 27 November 2020 and presumably received by the NMC a short time after this date, does not appear to have influenced decision making in respect of the standards.’

In response, NMC executive of professional practice professor Geraldine Walters said: ‘It is clear that the current post-registration standards are woefully out of date, and it is therefore vitally important to move forward with this review.’

‘We are committed to open dialogue and collaboration and will review suggestions for improvement through the planned consultation and make changes to the draft standards in response.’

The NMC has said there will be a four-month consultation beginning in early April on the draft proposals, which had been postponed due to Covid-19.

This comes as part of a review by the NMC of its post-registration standards, which is also looking at Specialist Community Public Health Nursing (SCPHN) standards.