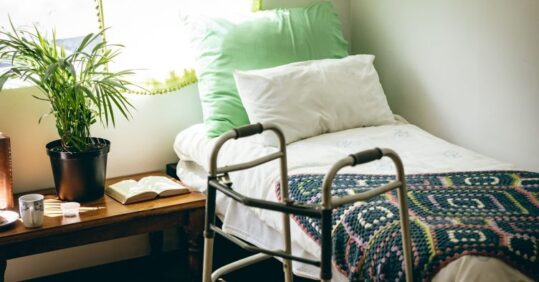 A nurse who force-fed a care home resident while tipping him back in a chair in April 2019 has been suspended for six months by the NMC.

Padmini Ranjith was sacked from Marmaduke Street Care Home in Liverpool after she sat a resident in a chair, tipped the chair back and put his feet up to prevent free movement, while he was shouting and hitting.

Ms Ranjith asked a healthcare assistant to hold the resident’s hands while she administered the fortified fluid drink, but they refused.

The healthcare assistant told the NMC: ‘She tried to feed the drink down him. He hit out and she asked me to hold his hands. She carried on trying to give him the drink until it spilled everywhere.’

They added: ‘She kept asking me to hold him and I said no you can’t do that. I said he is going to hit out and I don’t want to grab him.’

Helen Guest, who represented the NMC at the hearing, warned force-feeding could ‘potentially be fatal’.

Ms Ranjith had argued in previous evidence to the NMC that ‘she did not force feed’. She added: ‘The person was suffering from A chest infection. I encouraged him to have some fluids.’

But the NMC panel concluded Ms Rankith ‘was force feeding’ the resident, which ‘could have resulted in serious harm’ and noted she tried to encourage another staff member to follow her inappropriate practice.

However, they also highlighted her ‘longstanding career of over 50 years’ with ‘not a single incident of misconduct’, adding that ‘although misguided, [she] was well intended’.

They concluded: ‘The panel is of the view that there is a high risk of repetition based on the lack of remorse, reflection, insight and remediation. The panel therefore decided that a finding of impairment is necessary on the grounds of public protection.’

Ms Ranjith did not attend the hearing and has since retired. Another NMC panel will review the order before the six-month suspension is over.

In January, a nurse who failed to resuscitate a resident in a care home in 2017 was struck off the nursing register.