Nurse struck off after supplying medication used to force abortion 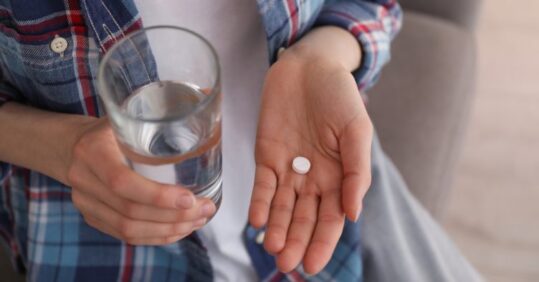 A community nurse has been struck off after giving abortion medication to a man who ‘force-fed’ it to his pregnant partner.

The NMC heard that Robin Christy, a district nurse team lead at Central London Community Healthcare NHS Trust, supplied medication and advice so the dad-to-be could induce an illegal abortion. The child was born critically ill at 28 weeks on 25 April 2018.

Mr Christy was imprisoned for three years in December 2019 for conspiring to administer poison. The nursing regulator struck Mr Christy off this month after concluding his fitness to practise was impaired because he ‘put a member of the public, and her unborn child, at significant risk of unwarranted harm’.

He was suspected of the crime after being linked to it through phone communication, but throughout his arrest and trial he denied all involvement.

The NMC concluded: ‘The registrant’s conduct in advising a third party how to give a woman a noxious substance that would induce an abortion or miscarriage contributed to a member of public and her unborn child experiencing significant harm.

‘The registrant contributed to bringing about this harm by using his professional knowledge to advise a third party on how to bring about a miscarriage/abortion and how to exacerbate the effects of the substance administered.’

Mr Christy’s behaviour brought ‘the nursing profession into disrepute’ and ‘raises serious concerns regarding his trustworthiness as a registered professional.’ it added.

Sentencing him at St Alban’s Crown Court in 2019, the judge said: ‘You have been found out by the events of this case to lack not just thinking skills or an ability to appreciate the seriousness of what was happening, but a certain lack of moral compass or fibre that is quite shocking to find in a healthcare professional.

‘You unhesitatingly joined in [the mother’s partner’s] plan, offering both prompted and sometimes unprompted medical information and advice, and also tactical views, knowing that he was looking to bring about the illegal abortion of a viable foetus.