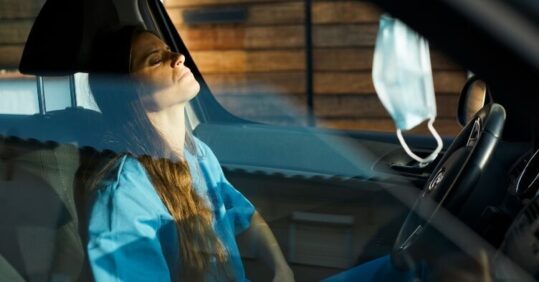 Community nurses are often waiting weeks for fuel reimbursements from employers, which is often not enough to fully cover travel costs, the QNI has found.

Dr Crystal Oldman, the chief executive of the community nursing charity, has written to health and social care secretary Sajid Javid over the ‘growing problem’ with fuel prices, which she said has been raised by nurses in meetings and on social media.

In the letter, sent on 8 June, she also warned of ‘growing anecdotal evidence’ that rising costs are acting as a deterrent to nurses’ wanting to join community nursing, which could further load pressure on community nursing capacity and lead to patient safety issues.

The cost can be as high as £800 per month in a rural area and fuel is bought by each individual nurse and then reimbursed through monthly expenses to their employer, she said.

Tuesday (7 June) saw the biggest daily jump in petrol prices for 17 years, rising by more than 2p a litre to 180.73p per litre on average, while the RAC motoring group said the cost of filling a typical family car had passed £100 for the first time.

In the letter, Dr Oldman wrote: ‘It is a serious concern that the capacity of community nursing, already under pressure from other factors such as gaps in staffing and a growing demand for services, is being put under even greater pressure by the rising cost of fuel.’

This will increase demand on ambulance services and emergency departments, she argued, because most people supported by community nurses have complex and multiple long-term conditions.

‘End of life care also forms a core element of the District Nursing service and if not available at home, the default will be to access paramedic and emergency hospital services,’ she added.

This comes after the QNI had to closes its single grant programme for nurses in financial difficulty due to paying for fuel to enable them to work, as it received almost 1,000 applications for help within 48 hours and did not have the funds or capacity to support everyone.

Dr Oldman has also written to the chief nursing officers of England, Wales and Northern Ireland (the three countries where the QNI charity operates) to express her concerns and ‘invite discussion about how we can work collaboratively to find solutions’, she said.

She also offered to work with the Department of Health and Social Care ‘at a system level’ to find ‘longer term, sustainable solutions’ to the challenges.

In April, the Scottish Government announced that mileage rates for nurses working in Scotland will increase by 5p per mile between 1 April and 31 July. No similar support has been implemented across the UK.

A government spokesperson said: ‘We are incredibly grateful to all our NHS staff and we recognise the pressures caused by the rising cost of living.

‘The public rightly expects petrol retailers and others in the supply chain to pass on this historic fuel duty cut on forecourts – and both the Chancellor and the business secretary have written to the industry urging them to do so.

They also pointed out that travel reimbursement is covered in the NHS Agenda for Change terms and conditions, which are jointly agreed by employers and the NHS trade unions. Agenda for Change sets out the process for reviewing the rate every six months, including reviewing fluctuations in fuel prices.