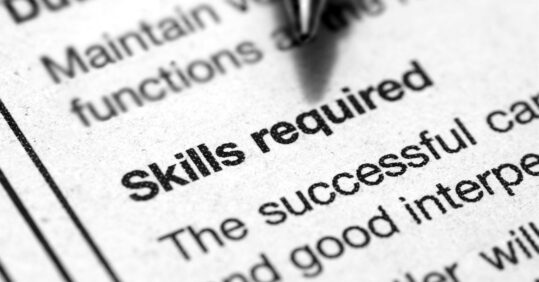 Around a tenth of advertised nursing posts are open to applicants without nursing qualifications, a nursing workforce academic has found.

Professor Alison Leary, chair of healthcare and workforce modelling at London Southbank University, has collected unpublished data over the past six months that she claims shows around 10% of nursing posts advertised on the NHS jobs website are open to non-nursing applicants. She also intends to write an academic paper exposing the problem.

She raised one specific example, which she shared on Twitter, where East Sussex Healthcare NHS Trust advertised its assistant director of nursing post to registered allied health professionals.

The Trust told Nursing in Practice the inclusion of allied health professionals was ‘an error’ and they took down the advert as soon as they were made aware it included the wrong job requirements.

But Professor Leary said: ‘[Adverts like these are] essentially saying nursing knowledge is irrelevant. Yet we know it saves lives. Not a good retention strategy……It’s disturbingly common.’

She said ‘a number of reasons’ could be behind the adverts.

This included ‘desperation’ because of recruitment problems, ‘a lack of knowledge of professional practice’, other professional groups wanting to access higher pay bands and ‘a toxic niceness you get in nursing’.

Chief nursing officer for England Ruth May responded to the concerns raised on Twitter by saying a nursing role open to non-nursing candidates ‘isn’t right’.

This comes after Professor Leary launched a petition this summer calling for the nursing title to be protected, so nursing jobs can only be advertised to registered nurses.

Ms May came out in support of the campaign last month. Labour MP Jonathan Ashworth had also said he believes the nurse title should be protected.

In July, Ms May called on recruitment adverts to be made clearer after the RCN highlighted a growing issue of employers hiring unregistered nurses for nursing posts.