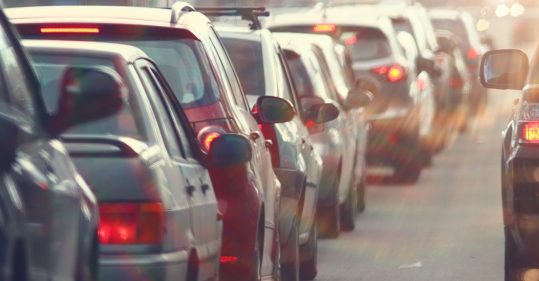 Health and care workers must be prioritised for fuel, umbrella bodies have said, as nurses report not being able to access patients or get to work because of lengthy queues at petrol stations.

The RCN and public service union Unison have warned patient safety is at risk unless health and care workers are given priority access at petrol stations. This comes amid days of long queues at fuel pumps because fears over supply chain disruption sparked panic buying.

A district nurse team lead, who did not wish to be named, based in London told Nursing in Practice their ‘already stretched’ team had to cancel low-priority visit today, after two nurses were unable to get to work because they could not refuel their cars. Another team member woke up at 5am to queue for over an hour for petrol.

‘I have walked (in pouring rain) to reach one of my patients today and am intending to cycle to work tomorrow,’ the team lead added. Nurses who cannot get to work must take unpaid leave if they have already used up all their annal leave allowance, they pointed out.

The team lead said a disabled woman had been left stuck in bed today until carers could visit her at 8pm because a 11am routine check had been cancelled and her father, in her 80s, was unable to get her out of bed. Patients with wounds who have visits cancelled are at increased risk of complications such as infection and sepsis, they also warned.

The team lead continued: ‘Routine dressings, palliative support visits and some medications have been cancelled, but the problem is that we don’t know when we will be able to see them, as there is no end in sight to the petrol situation and we cannot pile work from today onto tomorrow.’

A district nurse said on Twitter the shortage has been ‘problematic’, while another said they had to miss important visits because of a lack of fuel. And an advanced nurse practitioner highlighted GP staff who do home visits had been impacted too.

RCN England director Patricia Marquis, said: ‘Some nursing staff are warning their employers they may not be able to attend tomorrow to ensure shifts can be safely staffed. In light of these supply problems, health and care workers need to be a priority or patient care will be compromised.’

‘The government could solve this problem now by using emergency powers to designate fuel stations for the sole use of key workers,’ she added.

This comes as the BMA said today that GPs and other healthcare workers must get ‘priority access’ to fuel so they can get to work and reach patients. And the Pharmacists’ Defence Union said Pharmacy team members, and those delivering supplies of medicines and clinical equipment, should also have priority access.

On Saturday, the Government announced it would offer temporary visas to 5,000 foreign lorry drivers until Christmas Eve.

Nursing in Practice has contacted the Department for Transport for comment.