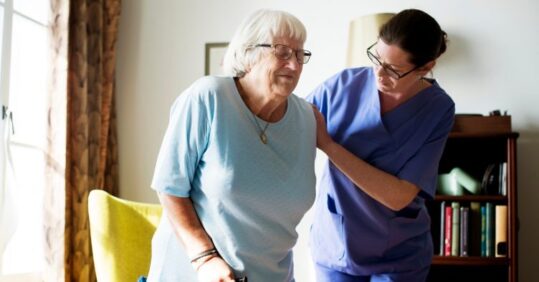 Social care nurses will take a real-terms pay cut because of the extra they will have to pay in tax for the health and social care levy, analysis published by a news outlet has shown.

Research, carried out for inews.co.uk by tax consultancy Blick Rothenberg, found the 1.25% rise in National Insurance (NI) from next year to fund social care and tackle the NHS backlog will mean care home nurses will pay £278 more a year to HMRC.

The analysis also revealed NHS workers will see almost half of their 3% pay rise disappear, with NHS nurses paying an additional £298 in tax.

i noted: ‘While care home nurses will shoulder a bigger percentage drop in take-home pay than social care support workers, support staff on the current sector average of £17,695 a year already need a 39% pay increase to be on equal terms with their publicly funded counterparts.’

These figures used for the research were based on 2019/20 salaries: when a nurse working in the private care home sector earned an average £31,800 a year and the RCN estimated the average NHS nurse earned £33,384.

Nimesh Shah, chief executive of Blick Rothenberg, told i that ‘social care was not in mind’ when the NI rise was introduced, with the ‘main objective’ being ‘the NHS and to clear the backlog’. He added: ‘The social care element was an afterthought.’

This comes amid criticism that social care will not receive enough money from the tax hike. Of the £36bn extra the Government says will be gained over the next three years, just £5.4bn is earmarked for social care in England. Instead, most funds will go towards tackling the NHS backlog.

Under the proposals, patients entering the social care system will not have to pay more than £86k over their lifetime. However, the daily living costs in a care home – those associated with food, energy bills and the accommodation – will not count towards the cap.

As part of the reforms, working pensioners – estimated at around 1.2m people – will pay NI contributions for the first time.