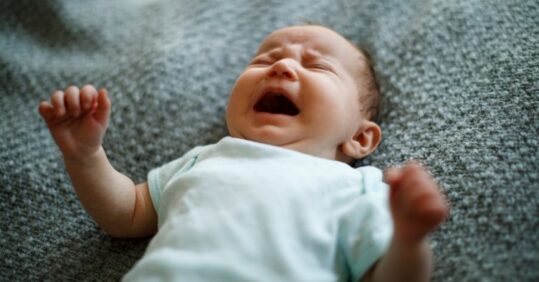 Stoke-on-Trent councillors voted against using part of a council underspend last year to prevent around 12 health visitors and nurses losing their jobs.

Labour councillors Shaun Pender and Andy Platt called on the council to use part of its underspend of around £16m in 2020/21 to retain the roles. However, most councillors voted against the motion, in a meeting last Thursday.

Mr Pender told the council that health visitors shared ‘grave concerns’ with him about the plans – including that they will lead to increased incidences of undetected child abuse because of reduced capacity and contact with families.

Health visitor numbers in the city would be reduced by 7.59 full-time posts under plans covered by Nursing in Practice last month to cut the 0-19 service budget by £1m. A 0.8 specialist health visitor for young people and 3.86 full-time community staff roles would also be scrapped.

The Labour councillors also warned him that the planned shift from a mandatory three- to four-month health visitor check to an opt-in service will leave ‘hundreds of poor families’ going ‘under the radar’, he added.

In addition, time pressures from the cuts will prevent the delivery of the Healthy Child Programme, a Government initiative to improve the health of children, Mr Pender reported.

But councillor Lorraine Beardmore, cabinet member for public health, said the plans would deliver ‘better outcomes’. She added ‘The previous contract was agreed in 2013, which made it almost 10 years old, and there were certainly some areas where it lacked efficiency.’

The plans are part of a new seven-year contract between the council and Midlands Partnership NHS Foundation Trust, which provides services for the council including school nursing and health visiting. The £3.9m agreement is a reduction of about £1m from the last deal.

Commenting on the council’s decision, Unite’s lead officer for health in the West Midlands Su Lowe said: ‘The idea that they have money to spare but are choosing not to give it to a service that will have a direct impact on children’s lives and the adults they will become is absolutely shameful.’

The vote comes as a petition was launched demanding increased funding to local authorities to protect the provision of school nurses.

It warned: ‘Any further cuts to the public health school nursing service will result in a detrimental effect on children and young people’s health and wellbeing with lifelong consequences.’

Last week, lead nurses warned that Hampshire County Council could break the conditions of receiving the public health grant if separate proposals go ahead to cut the health visiting and school nursing workforce by 47 posts.

The proposals in Hampshire are to help the council slash its £52m public health budget by £6.8m. Children aged 12 and over would only receive a digital school nursing service and no face-to-face offer.