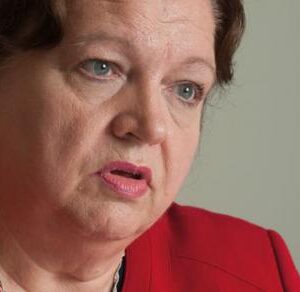 Chair of the RCN Council Sue Warner talks to David Swan about the RCN’s handling of last year’s pay deal settlement, which led to the Council standing down after losing a vote of no confidence, and how the organisation will improve as a result

Chair of the RCN Council Sue Warner talks to David Swan about the RCN’s handling of last year’s pay deal settlement, which led to the Council standing down after losing a vote of no confidence, and how the organisation will improve as a result

In March 2018, after months of negotiations, the NHS and trade unions finally agreed to a multiyear pay deal for nurses and other NHS staff. The headline figures that were presented seemed attractive – most nurses would receive a rise of anywhere between 6.5%-22% over three years, with the Royal College of Nursing (RCN) communicating to its members that an immediate 3% uplift would be present in pay packets that summer.

It was accepted by RCN members, but the pay rise they received in their first pay packet was considerably smaller than the College had initially stated. Most received a 1.5% uplift to their monthly salary in July, with only those at the top of their pay bands receiving the full 3%.

Angered, RCN members forced an emergency general meeting. An independent report published in the intervening period criticised the RCN’s handling of the deal and their communication of its terms, claiming that the then-chief executive Janet Davies ‘closed down scrutiny’ of the deal. As a result, it was claimed the RCN Council and Trade Union Committee were ‘not fully informed’ of the deal, impairing the ability to make an unbiased presentation.

Ms Davies resigned from her role, and the EGM saw a motion of no confidence in the RCN Council passed, and its members forced to stand down.

Many were re-elected, including Sue Warner, member for the West Midlands, and she was subsequently elected the Council’s new chair in January this year. She talks to Nursing in Practice about the fallout from last summer, and what the Council has learned from that process.

In the pay negotiations last year, the Council took a lot of criticism for ‘not being fully informed of the deal’, and ultimately the Council members were forced to stand down from their seats. But the independent report that followed placed most of the responsibility for the miscommunication on the lead negotiator and chief executive. Do you think it is fair that Council was blamed like this?

We were informed of most of the deal, but not whether that element of the 3% pay increase was 3% for all people.

I think Council probably was blamed, but somebody had to be. Council is the official officer of the trade union – if you take on this position, you have to take the good and bad. It was difficult at times during that period, and for some members very traumatic. But we went through that process and we’re coming out the other side now. We’ve read the report and have got an action plan based on it.

What did you think of the RCN’s approach to the EGM that followed the pay deal report? In particular, the RCN’s efforts in identifying the political allegiances of those who started the petition to force the EGM to take place, and many of those who signed. The College, which has always maintained it is apolitical, tried to bring politics into it – indeed many were Labour supporters. Was that wise?

It wasn’t aimed at the members, and you’ll find that many members in the College share those political beliefs.

We are an apolitical college, and we have members from all parties, but we are political. We have to be to ensure we get our point across. We’re not going to make a difference without making political statements, but we don’t have a particular party allegiance.

The new RCN president, Professor Anne Marie Rafferty, has been quoted as saying that the pay deal settlement and subsequent situation was a ‘crisis’, ‘very damaging’, and that the ‘implosion’ of the organisation made her question whether she wanted to be associated with it at all. Do you agree with her description of the situation? She used some strong words.

Having been there, I can’t say I agree with that. Professor Rafferty is a fantastic president, and all members have different opinions, which is a good thing.

I wouldn’t call the situation an ‘implosion’. I’d say members wanted to be heard and we listened to them.

The College has moved on since then. But in the events of last year, we have to remember that this is a powerful organisation that achieves a lot for its members. The pay deal was incredibly complex. What we said to our members was the same as what the other 13 unions who backed the deal said to their members.

When you were running for re-election for your Council seat and when you put your name down as Council chair, did you, like Professor Rafferty, have doubts about being associated with the organisation?

I think we all probably did. As a Council, we met after the vote of no confidence, and were advised that if we felt that we didn’t want to stand down, we weren’t legally obliged to. But we felt it was a matter of honour, so we did stand down.

Having stood down, we also felt we had been elected onto the Council by our own constituents and our own regions. So we decided to stand again for re-election to allow members in our areas to make that decision.

There will be another election for Council places this year – we have a four-year term which finishes this year and we have been elected to finish the final year of that four-year cycle.

The Council put out a statement at the time of the independent report saying it was ‘committed to addressing the recommendations in full’, and that ‘work had already started’ to make the College stronger. What has this Council done in response to that report and to ensure communication errors, such as those that occurred during the pay deal settlement, don’t happen again?

We’ve gone through the report with a fine-tooth comb, pulled out the comments and put forward an action plan. One of the issues is that our members don’t engage – and we need to find out why. We have some wonderful activists, both on the professional side and the trade union side, but that’s only a small number of our members.

If you look at our elections for Council seats, only around 10-15% of members vote, if we’re lucky, and I think that’s the case in a lot of organisations. We need to get them to engage, but more importantly, to find out what they want from us and how to supply that.

If it transpires that they don’t want to be engaged, that’s okay too. We’re not telling them they must. But we need to ensure that if or when they want to, they can be heard.

The turnouts for some recent votes in the RCN have been very low – 4% for the EGM in September, 6.9% for the presidential elections, 18% for the pay deal. By comparison, Unison managed 30% and Unite 27% for their pay deal votes.

The turnout is incredibly low but not unusually so. If you look at local elections and other organisations similar to our own, we get similar figures. That seems to be how it is at the moment. We want to increase it and that’s why we’re asking our members ‘what do you want from us? What can we do differently to meet your needs?’

What do you think are the biggest challenges facing your members now?

Safe staffing. I work as a health visitor, and out there with the community nurses, other health visitors, I can see they are worn out.

As Council member for the West Midlands, I go around the trusts in the area. They tell me they have no staff. I ask if they have filled in an incident report – I tell them that every time they are worried about safety they can do this, and they say ‘we haven’t got the time’. They are just about surviving. They’re getting to the end of the day and working over their shifts. You can do that for a day or two, but you can’t go on like that day after day.

Do you feel nursing as a profession should make more of an effort to promote its image to male undergraduates?

Absolutely. It’s an area we’re working on. There are campaigns that are starting to recruit men into nursing. It is a still a female-oriented profession and is perceived as such by the public. But if you look in certain areas of nursing there are more men – mental health and learning disability nursing, for example.

One of the things we’ve been talking about, and it may have started already, is going into schools. We need to get them when they’re young, because children’s attitudes are fixed – doctor equals male, nurse equals female. We know that isn’t the case, but if you ask a boy ‘would you like to be a nurse?’, he’ll say no. People can perceive it as a female occupation. Here’s another thing we’ve noticed. If you qualify as a staff nurse, you go to band 5. You may not get onto a band 6 for years – you could be on band 5 for a very long time. But in other services I’ve managed – physiotherapy, occupational therapy, podiatry, most of the therapy services – it seems to be easier to get a band 6 or band 7 post than it is in nursing. Is that because nursing is perceived as a female occupation, and therefore the thinking is ‘you don’t really need the money’? I can assure you we do.

Why do you think it’s easier for those other professions to move up from band 5?

The band 6 posts aren’t there for nursing, compared with the other therapies.

What do you think of the nursing associate role?

We’ve got a group looking at membership categories. Nursing associates are registered, but it’s a debate as to whether they are considered part of the registered membership. This is one of the reasons why we are looking at our entire membership status offering, pulling it apart and putting it back together. We are hoping to take that process to the RCN Congress this year and have it debated.

One of the Council’s roles is to appoint a chief executive. Do you have anyone in the pipeline? Will you ask acting chief executive Dame Donna Kinnair if she will take the job permanently?

Dame Donna is doing a great job. We’re in the process of recruitment for the role.

Would you like to see the chief executive role change?

I think it already has. The way Dame Donna approaches it is different from previous chief executives. She’s wanting to engage much more with members. I think that’s her natural style, it’s not just because of the EGM. These roles tend to evolve all the time – we’d worry if they didn’t change.