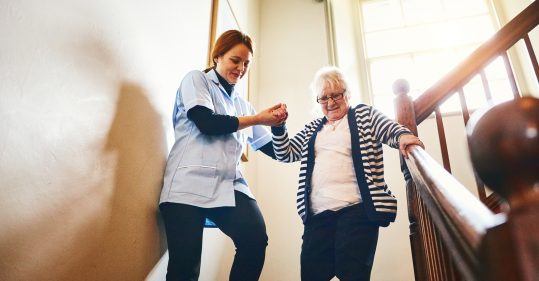 The plan, published yesterday (3 November), set out a number of actions intended to support the health and social care system, including £388m to support infection prevention and control (IPC), testing and vaccine uptake.

The DHSC also said it would offer free flu vaccines to social care workers and carers, and continue to provide free PPE until March 2022.

It launched alongside a new recruitment campaign aiming to fill the more than 105,000 vacancies in England. A ring-fenced £162.5m grant, announced last month, will back recruitment and retention efforts.

This comes in addition to the £5.4bn expected to be raised by the National Insurance increase announced in September, of which £478m will be used to support the hospital discharge programme so patients can safely leave hospital beds as quickly as possible.

However, Miriam Deakin, director of policy and strategy at NHS Providers, said that while the previously announced funding is welcome, it ‘will not address the long-term staffing issues facing the sector which requires sustainable support’.

She added that the sector and those who rely on its support ‘deserve the certainty that comes with a long-term, sustainable plan’ for its future.

‘Trust leaders remain concerned about the fragility of the social care sector, and local government funding more generally,’ she said.

‘While the additional resources announced today and in last week’s spending review are welcome, the lack of specific social care investment and, as yet, reform, means there is still a long way to go to create the sustainable social care system we all need.’

The plan comes a week before Covid vaccination becomes mandated for all staff entering care homes: a move some have suggested will drive staff out of work.

Meanwhile, Labour’s Shadow Social Care Minister Liz Kendall lambasted the plan, stating it offers ‘no extra support’ and next to no detail on how the Government will ‘address overwhelming staff shortages’ and ‘local authority services being pushed to breaking point’.

She also flagged a lack of new long-term funding, an absence of a plan to improve the pay, training and conditions for staff, and a lack of support for local councils responsible for ensuring care.

‘And crucially, there is nothing on how Ministers plan to turbocharge the faltering booster jab rollout to care home residents, with some parts of the country seeing less than 1 in 4 residents getting their booster jab,’ she added.

Earlier this week, the DHSC announced that practices can now administer some Covid booster shots five months after a patients’ second vaccine dose to help with co-administering flu vaccines.

By cutting the wait between doses from six months to five, some vulnerable groups including housebound patients will be able to receive the flu and Covid shots in a single appointment, it said.

A version of this story was originally published by Nursing in Practice sister publication Healthcare Leader.