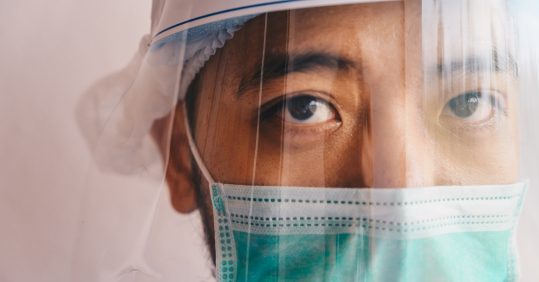 More than a quarter of nurses have witnessed racist behaviour at work, a Nursing in Practice survey has revealed, with BAME workers reporting a worsening situation because of Covid-19.

The survey of 40 primary care and community nurses, and midwives, found 28% had seen racist behaviour, prejudice or discrimination in their workplace against other people in the last year. A quarter believed racism was an issue at work.

Among the nine black, Asian and minority ethnic (BAME) respondents, to the survey – run during September and October this year – a third had personally experienced racist behaviour, prejudice or discrimination in their workplace in the last year. Half believed racism was an issue at work.

Two of the BAME respondents said they believed there had been an increase in the racism experienced by healthcare workers since the outbreak of the pandemic.

One wrote: ‘I am Chinese. Patients and people in general say that Covid-19 originated from China and that being of Chinese descent is culpable for the pandemic.’

Two of the BAME respondents also thought BAME healthcare workers had been more likely to struggle to access adequate personal protective equipment (PPE) during the pandemic. This follows concerns raised by the RCN around equal access.

One respondent, who was black, reported being disciplined for something they believed a white counterpart was ‘not judged for’ in the past year. Another, who was white, said they had witnessed racist abuse towards an ethnic minority doctor from a patient in the past year.

Robana Hussain-Mills, who leads the newly-formed GPN BME network, said the survey results were ‘very sad but not a surprise for many’.

She added: ‘Racism is rife and is hidden by people making a joke out of it, dismissing it and just been ignorant. It is shocking and appalling that employers are not putting in the right protections for BAME nurses against Covid’.

Gill Walton, chief executive of the Royal College of Midwives, responding to a Nursing and Midwifery Council equality report last week, said: ‘Discrimination, prejudice and outright racism are a real and daily reality for many BAME NHS staff.

‘It blights lives and can have a terrible impact on their mental and physical health and on their working and family life.  The pandemic has, sometimes tragically, highlighted this in other ways also. It is time to stop it in its tracks and ensure all staff are protected, supported and treated the same, no matter what the colour of their skin or their race.’

The NMC report Together in Practice, out on Wednesday last week, said: ‘The most common forms of harassment experienced by overseas nurses working in the UK include racism, denial of training and career development opportunities, and overrepresentation in disciplinary proceedings.’

Of the respondents to the Nursing in Practice survey, half were practice nurses, two were midwives and the rest were community nurses.

Public Health England admitted in June that the Covid-19 pandemic has exposed ‘humbling’ inequalities, as it published its recommendations on reducing BAME deaths.