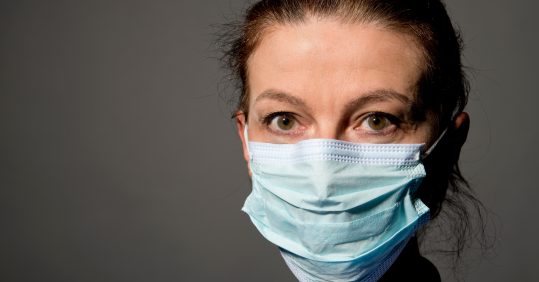 Nurses are at an increased risk of dying from Covid-19 than the general population, official data has revealed.

The ONS said: ‘Across the UK, we need to see improved records of how health and care workers have experienced this pandemic which can be analysed to make more effective policies.’

Across all healthcare professionals, including nurses, only men had higher rates of death involving Covid-19 compared to the general population – at 30.4 per 100,000 men, or 130 deaths in total.

The ONS report said that although healthcare occupations have elevated death rates involving Covid-19, the findings ‘do not prove conclusively’ that this is due to occupational exposure.

In total, the ONS found there were 4,761 deaths involving Covid-19 in the working age population (aged 20 to 64 years) in England and Wales. Nearly two-thirds – or 3,122 deaths – of these deaths were among men.

Of the 17 occupations found to have higher rates of death involving Covid-19, 11 – including nursing – had higher proportions of workers from black, Asian and minority ethnic backgrounds.

Black, Asian and minority ethnic (BAME) groups have disproportionately suffered during the Covid-19 pandemic, both among healthcare workers and the general population.

Public Health England confirmed in a report published earlier this month that death rates from Covid-19 are higher for black and Asian groups than white groups.

Read more: Tribute page to primary and community care nurses, and midwives, who have sadly died with Covid-19

2Autumn Covid booster programme to be in two stages