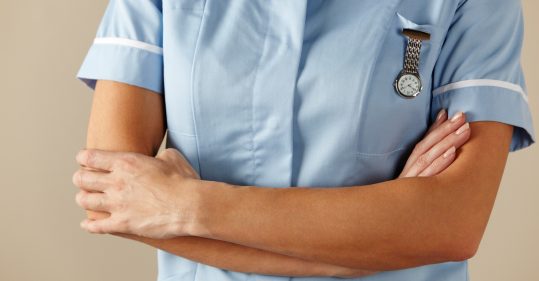 Some GPNs have said they feel ‘undervalued’ after not receiving full pay when self-isolating because of Covid-19, Nursing in Practice has learned.

Nurses said they have been forced to count time spent self-isolating as sick leave with little or no pay, while others were told they had to take annual leave.

This is despite self-isolating being a legal duty since September for anyone who has symptoms of coronavirus, or if they’ve been told to do so by NHS Track and Trace.

The Queen’s Nursing Institute (QNI) told Nursing in Practice it is aware that some nurses have experienced problems with pay while off work because of Covid-19, because of variable contractual terms and conditions.

QNI chief executive Dr Crystal Oldman said she knows of ‘harrowing stories’ of a ‘small number of GPs who have not supported their general practice nurse employees in a way that would be expected’.

She continued: ‘This is unacceptable and, in addition to the great harm suffered by the nurses and their families as individuals, it will diminish any efforts to improve recruitment and retention of nursing staff in general practice.’

Practice nurse contracts are made with the employing GP, meaning terms and conditions such as sick pay can be highly variable between practices and even within practices. This has left some practice nurses with few options when forced to take time off because of Covid-19.

A practice nurse based in Kent, who did not wish to be named, told Nursing in Practice she felt like ‘no one was standing up for GPNs’ after only receiving Statutory Sick Pay (SSP), £95.85 a week, for the two weeks she took off after contracting Covid-19 in late March.

The practice nurse said: ‘My frustration was that NHS nurses were clearly being told that they should not suffer financially if affected by Covid, and they would get full pay. However, I felt that no one was standing up for us because we’re employed by GPs.

Another practice nurse based in Cornwall, who also did not wish to be named, said she had to self-isolate for three days at the beginning of September after her son developed a temperature. But she was later told these would not count as sick days.

She explained: ‘This meant I had to take the time off as either annual leave or unpaid leave. I had a choice of either losing 50% of my wages for that week or taking more holiday. But I am moving home soon, so have to take time off for that. I’ve only got one week of holiday left.’

Her practice has since said that self-isolation will now be counted as sick pay. However, some of her newer colleagues who have not accrued any sick pay yet will only receive SSP if they self-isolate as a result.

She said: ‘You hear about horror stories. It really is absolutely appalling. One of the problems is that there is such discrepancy between practices in terms and conditions.’

Practice nurse Claire Craige, who helped start a petition last year calling for equality of employment conditions for GPNs, said that she is ‘now in a very supportive practice’ but knows ‘of nurses that have had to fight for sick pay during Covid-19’.

She continued: ‘This is just appalling. It is why we need more standardisation for GPN terms and conditions so that issues like this do not arise into the first place.’

The RCN states that UK governments agreed that self-isolating staff, either working for the NHS or for an organisation providing commissioned services, should be entitled to special leave on full pay while self-isolating.

Clare Jacobs, the RCN’s national Officer for independent health and social care said: ‘All nursing staff, no matter where they work, should receive full pay if they become sick, need to self-isolate or shield throughout the pandemic.

‘We expect all health and care employers to provide full pay for staff who have to be off work due to Covid-19 sickness, self-isolation or shielding.’

Dr Oldman said: ‘We should emphasise that the numbers involved is not known, but regardless of the scale, this should not be happening to any one registered nurse.’

She added that GPN terms and conditions will be addressed under the GPN Ten Point Plan from NHS England.

NHS England has not responded to requests for comment from Nursing in Practice.

3‘Fatigue and headaches most common Covid vaccine side effects’