Caring for the patient with essential tremor

– Essential tremor is common and can be disabling

– It is difficult to make an accurate diagnosis when there are so many causes of tremor, therefore it is important that patients are referred for a comprehensive medical assessment

– Patients need support and information, as they will worry that the tremor is linked to other neurological conditions like Parkinson’s disease

This article discusses the prevalence and symptoms of essential tremor (ET). It is the most common neurological disorder and yet so little is known or written about it.1 It’s about eight times more common than Parkinson’s disease2 and yet it can be mistaken for it. The subject needs to be discussed and recognised, so people who suffer with ET receive the best quality of care and are less likely to become depressed and socially isolated.

Essential tremor (ET) is a trembling up and down movement of the hands. The arms, head, eyelids, lips and other muscles can also be affected. Additionally, a tremor in the larynx may cause a shaky voice.3 ET is a common movement disorder affecting around 4% of adults over 40 years of age. Some people only have a mild tremor at first, which usually becomes more severe over time.3

There are no racial or gender differences in prevalence and children can be diagnosed with the condition, although it is more common for it to develop with age. The median age of onset is 45 years. There is no data on the prevalence of ET in children as yet, although research is on-going. The specific characteristics of ET are that it occurs in positions against gravity, for example holding arms out in front of the body.4 It is also an action tremor and occurs when doing activities such as eating, drinking, shaving and applying makeup. A tremor isn’t noted during sleep. It can both occur in several members of the family or be seen where there is no known history. There is a positive family history in around 50% of cases. It is inherited as an autosomal dominant trait. ET is also seen in families with essential myoclonus or migraine headaches.5

A tremor can be associated with a whole range of diseases and may be the outcome of medication or substance misuse, such as caffeine overuse, alcohol and stimulants. There are no medical tests to confirm the diagnosis, but clinicians use the Archimedes spiral test1 to determine whether the patient has ET. A diagnosis of ET is considered if the patient cannot draw within the lines of the spiral. Diagnosis is made on the basis of exclusion of other tremor types, for example thyroid disease, excessive trauma, dystonia (involuntary muscle contractions) and Parkinson’s disease.

Tremor may also arise after a stroke or be linked to multiple sclerosis. The key differences between ET and Parkinson’s disease are shown in Table 1.

Cause of essential tremor

The cause is currently unknown, but it is thought to be due to abnormal functioning of the cerebellum region of the brain. Additionally, it’s considered to be associated with degeneration of the Purkinje cell population. Most Purkinje cells release a neurotransmitter called gamma-aminobutyric acid (GABA), which exerts inhibitory actions on certain neurons and thereby reduces the transmission of nerve impulses. No specific brain abnormalities have been confirmed, but research is progressing with the key researchers working in the US.

If a child develops a tremor it may impede their learning and skills at everyday tasks such as tying laces, writing and fine hand-eye co-ordination activities. The most common onset for young people is around puberty.6

People with mild ET may decide to avoid any medication and cope with the tremor if it isn’t affecting their day-to-day life. Those with a more disabling condition can be prescribed a beta blocker, usually propranolol (Inderal). Propranolol blocks adrenaline in the nervous system, but it’s unclear how it reduces tremor. The drug regime typically starts with a dose of 10-60 mg a day, although the dose can be increased to 240-320mg a day if necessary. It works in about 60% of cases.4

An alternative medication is the anti-epilepsy drug primidone (mysoline). This is usually prescribed as a single dose of 50mg.4 Both drugs have a few side effects, typically lethargy, dizziness and loss of libido. Any reactions should be reported back to the healthcare team to monitor and adjust dosages as necessary.

Benzodiazepines may also be the medications of choice, particularly for those with associated anxiety. Drugs such as diazepam may be prescribed but this generally isn’t as effective as propranolol and primidone. Care should always be taken with benzodiazepines because of their addictive effects. Other medication that might be used includes the anticonvulsant gabapentin (neurontin) and topiramate (topamax). Sometimes medications are used in combination if they are ineffective on their own.

Alcohol reduces tremor in the majority of cases, but must be used with caution. Research has been completed and indicates that consumption of alcohol increases the risk of the occurrence of ET, so alcohol use is a double edged sword.7

If medications fail, a neurologist may consider using botulinum toxin injections. This involves injecting botulinum toxin into the affected muscle and is a skilled technique. The effects only last for a few months, which means the therapy needs to be repeated every three to four months. For severe cases a surgical option may be considered, such as deep brain stimulation or gamma therapy, but this line of management is rare.4

Essential tremor is classed as a progressive disease. This means
it tends to become worse over time. It doesn’t shorten the expected lifespan or lead on to anymore serious brain disorders. Some people have a mild tremor which doesn’t affect daily life very much. If a tremor is more severe, it may significantly disrupt a person’s ability to carry out normal activities such as drinking from a cup.

People who develop a tremor when they are younger than 40 years are less likely to have worsening symptoms. It is important to reassure those patients who developed the condition before their forties. Up to 20% of patients with ET may develop Parkinson’s disease, however whether ET is a risk factor remains undetermined.8

There may be associated conditions alongside ET, for example migraine headaches.

A research study has concluded that there is an association between ET and migraines.9 Therefore, the clinician needs to consider the whole persons health and not just focus on their ET.

Role of the primary care nurse

A nurse may notice that a patient has a tremor during a consultation. The nurse can mention they have noticed the trembling and ask the patient how long they have suffered and whether it impacts their lifestyle. The nurse should offer advice and suggest a referral to a doctor if appropriate. Additionally, they can provide information about support groups like the National Tremor Foundation. Nurses could ensure they have leaflets about the condition, as it is likely that several patients will have the condition in one practice.

Community nurses could also notice a patient with a tremor. Patients may find it easier to disclose any worries they have about their health in their own home. Again it is important that advice and referral for a medical assessment is recommended. A patient may be planning a pregnancy and want advice about any genetic conditions that could be passed to the next generation. The nurse needs to know that ET seems to have a genetic link and is seen in successive generations of one family, but it can equally arise where there is no family history.10-13

It is critical that the nurse emphasises that the patient should not feel embarrassed and should be able to talk freely about their ET. Reiterate that ET is very common and more research needs to be done to understand its cause and best management options. Simple tools should be discussed to help the patient with daily living, such as weighted gloves and cutlery, which are available through support groups and the National Tremor Foundation.

Sensitivity is required when dealing with children and young people, as ET can really impact their co-ordination skills, leaving them isolated, depressed and lacking self-esteem.5

The nurse must make sure the child is referred appropriately to a paediatrician who may refer to a specialist neurologist. If the child is of school age then a referral to the school nurse might also be helpful. A paediatric occupational therapist may be able to help with suitable tools to help the child progress, such as weighted equipment and feeding utensils.

There is little information available for those with varying degrees of ET. Patients worry about their condition because they may have no information about how the symptoms may progress or whether they will be diagnosed with something more serious and life threatening.

There is information available on conditions like Parkinson’s disease, yet ET is about eight times more common than Parkinson’s.4 Patients need to be encouraged not to hide their symptoms or be embarrassed that they shake at times.

Healthcare professionals need to show they care and demonstrate an understanding of what life might be like for those with the condition. There will be a whole spectrum of situations encountered; from ET being a slight annoyance to it becoming debilitating and stopping a person continuing a particular career and/or way of life. 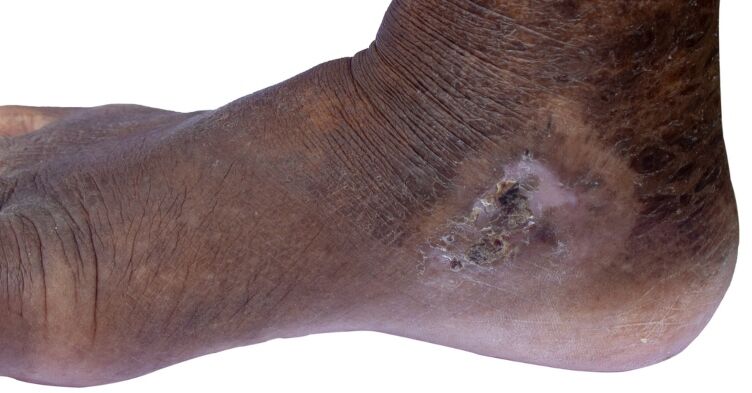 Essential tremor is a trembling up and down movement of the hands. The arms, head, eyelids, lips and other muscles can also be affected