Government’s mass testing plan ‘a threat to the NHS’ 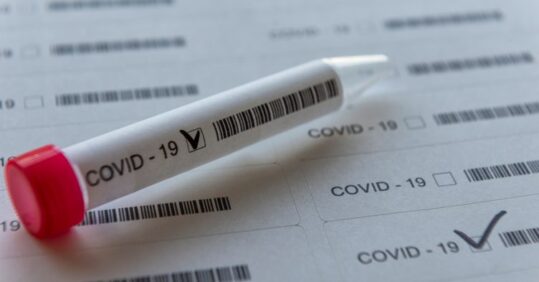 The Government’s mass Covid-19 testing plan is a ‘distraction’ that could damage the health service, independent scientists have warned.

‘Operation Moonshot’ – which aims to ramp up Covid-19 testing to 10 million a day in the UK by early next year – could take vital resources away from the NHS, the Independent Sage group suggested at a press conference on Friday.

The scientists also warned against the government’s reliance on private sector contracts for test and trace systems, given their ‘poor performance’ so far. Testing should be done by existing NHS and public health structures, they recommended.

Although, it appears unclear how the programme will be funded, the government has estimated it will cost £100bn. The NHS England budget for 2018/19 was £114bn.

An Independent Sage report released on Friday said: ‘We worry about the enormous projected cost of £100bn – close to the entire annual NHS budget, with poor rationale, and its reliance on private sector contracts, given their poor performance in the testing and tracing systems so far.’

Professor of global health at University College London Anthony Costello suggested resources diverted from the NHS for the operation could damage the health service. He claimed the operation was a ‘distraction’ and ‘PR stunt’.

‘My big fear about this is that the £100bn pounds being talked about [could be] not only a distraction but a threat to the whole of the NHS that we have cherished over the past 70 years.’

Professor Costello also suggested there could be a high number of false positives. The Government hopes that Operation Moonshot could provide a result in just 20 minutes but the committee heard on Friday the technology for this does not exist yet.

Professor Costello said: ‘If you’re test is even 1% wrong, you would have 100,000 people a day being told to isolate [when they don’t have to].’

He suggested other ways of testing, such as salivary tests, and testing in the workplace be explored.

Dinan Pillay, Professor of Virology at University College London, agreed Operation Moonshot could be a ‘distraction’, adding that it lacks ‘details’ and ‘purpose’.

He suggested the Government should ‘go back to basics’ and not rely on private sector firms in tackling Covid-19 disappointing performance implementing test and trace.

‘The development of completely parallel new structures to all of our existing PHE, NHS and public health functions that have been running for some time… just leads to problems.

‘[This is] particularly in terms of data management, procurement and organisation,’ he added.

Defending Operation Moonshot in parliament on Thursday, health secretary Matt Hancock said: ‘I’ve heard the naysayers before and I’ve heard the people on the other side complain we’ll never get testing going – and they’re the same old voices.

‘I’m looking forward to rolling out this programme and this work, which has been under way for some time already, I’m absolutely determined that we will get there.’

A Department of Health and Social Care spokesperson said: ‘This country now has the capacity to test for coronavirus on an unprecedented scale and we are going further by investing £500m in next generation tests, like saliva tests and rapid turnaround tests that can deliver results in just 20 minutes.

‘We are increasing capacity to 500,000 tests a day by the end of October, and the ability to get rapid, on-the-spot results, will significantly increase our ability to fight coronavirus, stop the spread and for our economy to recover.’