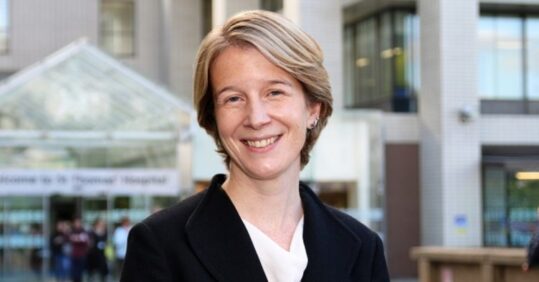 Amanda Pritchard will replace Sir Simon Stevens as the chief executive of NHS England at the end of this week.

Ms Pritchard, who has been chief operating officer of NHSE and chief executive of NHS Improvement since 2019, was appointed today as Sir Stevens’ successor by the NHSE board.

Having joined the NHS in 1997 through the management training scheme, Ms Pritchard has held a variety of positions in the health services, including seven years as head of Guy’s and St Thomas’ NHS Foundation Trust. She also served as health team leader in the Cabinet Office’s delivery unit under Tony Blair.

Sir Stevens first announced in April that he would step down from the post he has held since 2014.

At the time, NHSE’s board has said it aimed to find a replacement by 31 July, which is still set to be his last day in the job.

The new appointment was made jointly by the NHSE board and the Department of Health and Social Care, but with input from 10 Downing Street.

Pat Cullen, RCN chief executive, said she expects Ms Pritchard ‘to listen to nursing voices on the ground’ and ‘urgently address staffing levels particularly areas in which ratios were diluted to unsafe levels during the pandemic’.

She continued: ‘We hope she will continue to engage with us on the proposed reforms to the health and care system in England. Patients deserve proper workforce planning, and proper accountability for this, to make sure there are enough nursing staff with the right skills in the right places to keep them safe now and in the future.’

Dr Chaand Nagpaul, British Medical Association chair of council, said Ms Pritchard ‘couldn’t be taking up her role at a more pivotal time for the health service in England’.

He added: ‘Her immediate priority must be to address the workforce crisis and understand the enormity of the situation…It also incredibly important that genuine effort is made to tackle the inequalities present in the health service.’

In June, Dido Harding, the Conservative peer behind the £37bn test-and-trace programme, briefed a Sunday newspaper about her own application for the role.

During this briefing, she said she would end the NHS’s reliance on foreign doctors and nurses which was met with criticism from many leaders in the sector, including the BMA.

It was reported shortly after than Sajid Javid had ruled out the possibility.

A version of this article was originally published on Nursing in Practice sister publication Healthcare Leader.