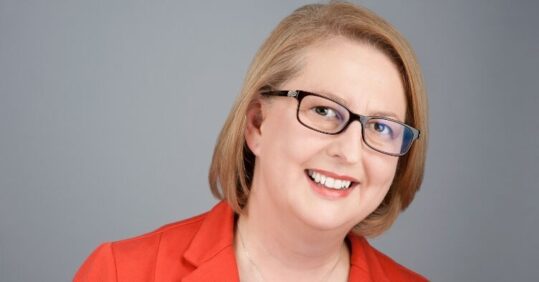 Professor Leary – who is chair of healthcare and workforce modelling at London South Bank University, as well as a QNI fellow and director of its International Community Nursing Observatory – warned the shortage in district nurses is having a knock-on effect on the rest of the system and has contributed to soaring ambulance wait times.

Speaking to Nursing in Practice, she pointed to the falling numbers of district nurses, with the latest NHS data showing 4,086 full-time equivalents in April 2022, down from 6,362 a decade before. This means that the vital care people need when they are discharged from hospital is being more frequently deferred, she said.

Professor Leary said that while the level of deferred care has ‘been manageable in the past’, it is now getting to the point that nurses are ‘having to defer care that would have been normally considered ethically unfit to defer’ and the ‘rationing of care’.

No matter how good care in hospital is, wait times will continue to rise so long as ‘no one is stopping patients coming in in the first place’ through the kind of care that district nurses provide, she added.

‘If you are frail and have multiple long term conditions and don’t have a district nurse, you’re going to get sick, and you’re going to end up sitting in that ambulance queue.’

She also argued that ‘there’s not a shortage of nurses’, but a ‘shortage of people who want to work for the NHS’. She added: ‘There is too much work to do and not a lot of the right people to do it.’

Across the NHS, wait times for ambulance, A&E, and elective care are causing concern that patients may be put at risk.

Earlier this month, NHS data leaked to The Independent showed that almost 700,000 people have waited more than 12 hours in A&E in the first seven months of this year, which the publication reported was a 144% increase compared to 2019. A statistician told the newspaper that these wait times could be causing an estimated 1,000 extra avoidable deaths a month.

This also comes as the NHS signed a £30m contract with St John Ambulance over four years for the charity to act as an official ‘ambulance auxiliary service’ in England to boost capacity in NHS ambulance services.

One problem that is contributing to increasing ambulance waits is that hundreds of patients who are medically fit for discharge are unable to return home because of a lack of available social care support.

Norwich and Norfolk hospital reported that they were unable to discharge 180 patients because they were not able to receive social care support they needed at home. Meanwhile,  a paramedic at Stepping Hill Hospital’s reported one patient having to wait six hours in ambulances because around 100 patients are ‘stuck in the hospital’.

In Scotland, new figures from Public Health Scotland show that the average hospital stay has increased by 23 days since June, with delayed discharges estimated to cost the NHS more than £400,000 a day.

Brian Sloan, chief executive of Age Scotland, said: ‘Too many people are spending far too long in hospital when they don’t want, or need, to be there largely because there isn’t enough social care available in their community to support them.’

However, while the emphasis is often placed on a need for additional social care, Professor Leary said that ‘it’s not just about social care, its about community nursing care’.

She added: ‘People talk about the lack of social care to help with living day to day, but they [people who should be discharged from hospital] are often still sick and need nursing care. People may still have urgent medical issues that need treatment.’

This comes after a report by QNI chair of council Professor John Unsworth in November 2021 found that 60.4% of NHS commissioners in England (78 out of 129) who responded to their survey said they had set out in contracts the role of community services in preventing hospital admissions.

However, the report also found that ‘many teams lack the basic tools to manage some of the most common ambulatory care sensitive conditions’.