Asthma deaths highest in a decade 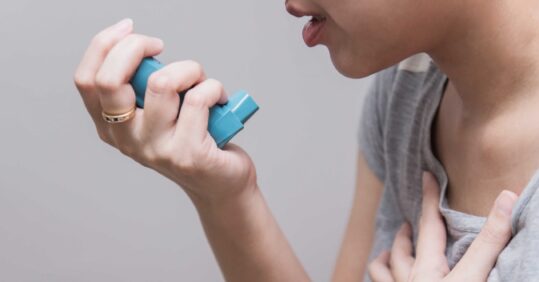 Deaths from asthma have reached their highest level for a decade, new findings have revealed.

The number of deaths has increased by over a third, according to the latest analysis of ONS data, and the RCGP and Asthma UK are calling for greater provision of support for those with the respiratory condition.

Over 1,400 people died of an asthma attack last year, up 8% from 2017, while the data also shows marked increases in deaths among men and the 35- to 44-year-old demographic.

Geographical trends were also observed, with a 25% rise in those dying of asthma in the South East. Additionally, London experienced a 17% surge between 2017 and 2018.

Last year saw record numbers of asthma deaths, but this year’s total has surpassed it.

The National Review of Asthma Deaths, commissioned by the NHS and Department of Health and Social Care in 2014, claimed that two thirds of asthma deaths could be preventable if basic care improved. However, only one of the 19 recommendations has been partially implemented.

Kay Boycott, chief executive of Asthma UK, said: ‘The same mistakes are being made again and again because essential recommendations have not been implemented. This lack of action is costing lives and devastating families and communities.

‘The NHS needs to ensure that all healthcare professionals are providing this care to patients.’

RCGP chair Professor Helen Stokes-Lampard agreed that addressing the issue should be prioritised by the NHS, as well as the Government.

She added: ‘Asthma is a common condition in general practice and GPs and their nursing teams understand the importance of carefully managing patients with asthma, including through the use of personal asthma action plans, as well as encouraging patients to undergo regular reviews.

‘It is also vitally important that patients understand their own treatment and how to properly use equipment, such as inhalers, peak flow meters, and spacer devices – and GPs and our teams play an important role in ensuring patients of all ages feel more confident about managing their asthma appropriately and effectively.’

This month, NICE published new indicators, which could be adopted into next year’s QOF framework to improve asthma misdiagnosis and overtreatment.

Asthma also peaks around the back-to-school period in September, with the Journal of Epidemiology and Community Health recently claiming that this was a reason behind the increase in GP appointments across England.