Black or male professionals more likely to be referred to NMC 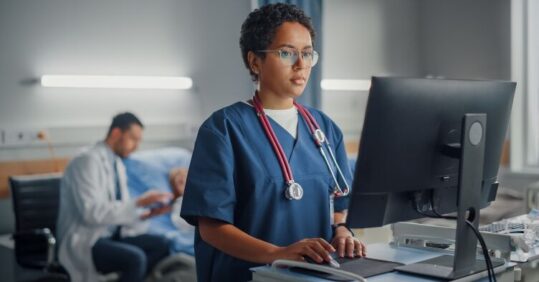 Some nurses and midwives –  including those who are black or male – are more likely to be referred to the NMC for fitness to practise concerns, data has revealed.

The second phase of the NMC’s Ambitious for Change research project, published yesterday, revealed that racial and gender inequality is driving disparities in its regulation of fitness to practice and revalidation.

It found some groups are more likely to be referred to the NMC than others, including professionals who are male, transgender, bisexual, black, live in certain parts of the UK or in places such as the Channel Islands, those who trained in Northern Ireland, and professionals who do not disclose their disability status.

The study also found employers referred black and/or male staff between 10% and 99% more than the proportion they employed.

However, 10% more cases involving black and/or male professionals were closed during the initial stages of the NMC investigation, suggesting that ’employers should be addressing more concerns locally rather than referring them to us,’ it said.

Furthermore, a quarter of all fitness to practise referrals in this time period were men from ethnic minority backgrounds. Most professionals asked by the report said that one or more of their diversity characteristics had led to their referral and that an ‘insider/outsider’ attitude left them feeling unsupported.

The NMC also found that 1,488 (25%) of fitness to practise referrals were from men from any ethnic background, despite men only making up 11% of the register.

Andrea Sutcliffe, NMC chief executive said: ‘It’s essential we recognise people’s experiences of discrimination and inequality in health and care, and the devastating impact they have, so we can take practical steps to stop them happening. That’s the reason we started the second phase of this research.

‘The findings highlight opportunities for us to improve our regulatory activities, to ensure our processes are fair for everyone. It is also evident that deep-rooted systemic issues of inequality are contributing to disparities that we’re seeing.

‘This isn’t a question of whether discrimination and inequality exist. They do. The urgent question is: what are the practical steps we can take to stop them from happening?’

The report also found issues concerning the rates of successful applications for revalidation, which is the process by which all nurses and midwives maintain their registry with the NMC.

Staff who were male, over 60, disabled, living outside the EU, or trained in Australia all had lower chances of successfully revalidating their registration.

Responding to the NMC’s latest report, RCN diversity and equalities co-ordinator, Bruno Daniel, said: ‘The NMC has recognised discrimination in its own processes and we are glad that action is being promised, which we hope to see the impact of sooner rather than later.

‘Referrals can cause deep distress amongst our members and this report reflects what they have been telling us. The NMC must continue to work with individual employers to ensure staff are not inappropriately referred and fair treatment is ensured during all stages of the process.

‘The pandemic has shone a spotlight on structural racism in health and care services. We know from our own employment survey that structural racism is having a devastating impact on minority ethnic staff. Training alone will not resolve this, we need to see systemic change.’