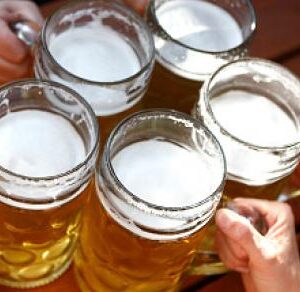 In UK culture, as with many other European cultures, the role of alcoholic drinks is presented as one of relaxation and entwined dining and socialisation surrounding mealtime ritual among adults

This month is the second of my lifestyle blogs and on the radar of lifestyle influences is the impact of binge drinking on our culture and health and health services in the UK.

In UK culture, as with many other European cultures, the role of alcoholic drinks is presented as one of relaxation and entwined dining and socialisation surrounding mealtime ritual among adults. However, have we moved too far towards a culture of excess and alcohol consumption? What health problems are associated with the so called ‘binge drinking culture’ and what does a future excess drinking culture have for a finite health resource such as the NHS?

The sale of alcohol to anyone more than 18 years of age is now more readily accessible than ever before, with alcoholic drinks being on sale in supermarkets, off-licenses, pubs, clubs and restaurants. According the Department of Health1 the recommended weekly consumption low risk limit is 21 units for a man and 14 units for a woman. There is a concerning trend which has risen over recent years in England, with more men (65%) being admitted to hospital for alcohol related illness, diseases and conditions than women.2 The opposite being true for girls (55%) less than 16 years of age.2 Drinking higher levels of alcohol either daily or weekly can increase the risk to health. Alcohol in the body is considered a toxic chemical (acetaldehyde) which damages DNA impairing the body`s ability to repair which may lead to cancers, can increase the levels of circulating oestrogen (which may increase the risk of breast cancers) and lower levels of folate (which is an essential vitamin for cellular repair).3 The health impact of this has been associated with liver cirrhosis (scaring of the liver) and cancers such as bowel, breast, mouth, pharyngeal, oesophageal, laryngeal and liver.4 Higher alcohol levels have been linked to premature death with increases in morbidity and mortality rates and alcohol dependence.2 Damage to the brain also occurs due to the neurotoxic effects of the alcohol content in alcoholic drinks.5 However, there is no global consensus as to what defines “a binge”. In the UK, “binge drinking” is defined as drinking more than twice the daily limit (8 units or more for men) or (6 units or more) for women.6 This could mean drinking alcohol over a shorter period of time; days or hours or consuming the weekly limit in one evening. There is a general consensus that drinking over the recommended weekly limit, either in one week, session or days increases health risks for the individual concerned.7

This not only places increased demand on hospitals for treatment of alcohol related illnesses but it’s also draining scarce health resources. In 2010 to 2011 there were 1.2 million alcohol-related hospital admissions, 15,000 deaths caused by alcohol and £21 million spent on alcohol related ill-health.1 The also appears to be growing public health concerns7 among those drinking alcohol at a much earlier age, with advertising and “alcopops” being targeted at a younger market. To such an extent that the government has intervened, resulting in advertisers displaying health warnings and consumption limits.1 There will be an exerting public health pressure on advertisers by December 2015 to remove 1 billion units (around 2%) of pure alcohol out of the market.1 Public health initiatives for example Change4Life, Drinkaware and websites/ mobile phone apps to aid the “alcohol drinker” to drink responsibly by keeping track of their “units and drinking habits”. This is a strong public health message when considering alcohol related deaths are preventable due to the behavioural factors associated with alcohol misuse. The public health message surrounding alcohol consumption is aimed at raising awareness and lowering health risks in relation to its dangers. The safe limit of alcohol is zero, but this is not always possible for many people who consider themselves to be “social drinkers”, perhaps a more realistic maxim as we approach the festive period is less (alcohol) is more (health)?