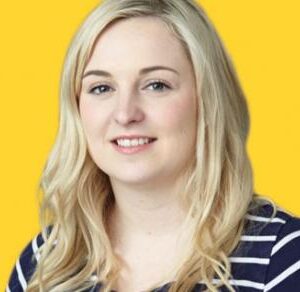 Some women don’t seek treatment as soon as possible, but rather only have discuss incontinence after “putting up with it for such a long time”.

The audience at Nursing in Practice’s Glasgow event were seen laughing and applauding Elaine Miller, pelvic physiotherapist and comedian, when she took the stage to discuss the impact incontinence has on women’s lives.

Miller explained her own experience with of incontinence following the birth of her children and continued to explain how it still shocks her that some women don’t seek treatment as soon as possible, but rather only have discuss incontinence after “putting up with it for such a long time”.

She said: “It’s when you get a woman [coming into a practice] and she says ‘I having been having a problem with incontinence ever since my baby was born,’ so you then question ‘well, how old is your baby’ only for the patient to response by saying ‘oh, he’s 45 now’. The audience reacted by bursting into laughter, to which Miller then explained that the fact that woman are ignoring this for so long is in fact the root of the problem.

To finish her funny but yet thought-provoking speech, the comedian then took delegates through different pelvic floor exercises and pressed the important message that incontinence should never be overlooked but rather taken seriously in all cases.

Dr Janet Hanley, reader in the School of Nursing and Midwifery and Social Care at Edinburgh Napier University, also spoke at the event – which took place 8 March 2016 – to discuss the introduction of telehealth in primary care. She said that although it has “it’s flaws”, telehealth can work really well. For example “patient’s don’t have to travel to a practice… and it can reduce the workload of healthcare professionals” etc.

The next Nursing in Practice event will take place in Peterborough on 21 April 2016. For more information on these events please visit: nursinginpractice-events.co.uk