Blog: Meningitis B – get parents ready for the updated immunisation schedule 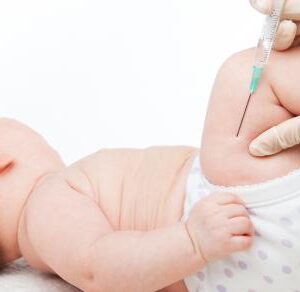 The routine immunisation schedule changed on 1 September 2015. All children in England born on or after 1 July 2015 will be offered the Meningitis B immunisation at two and four months and a booster at 12 months.

The routine immunisation schedule changed on 1 September 2015. All children in England born on or after 1 July 2015 will be offered the Meningitis B immunisation at two and four months and a booster at 12 months. A limited one-off catch up programme for babies born between 1 May 2015 and 30 June 2015 will also be offered. However, babies born before May 2015 will not be offered the Men B immunisation. The recommendation is to give the vaccination (Bexsero) intramuscularly in the left thigh so that any local reactions can be monitored more accurately.

Meningococcal disease can affect all age groups, but the rates of disease are highest in children under two years of age. Meningococcal cases increase from birth and peak at five months, before declining gradually until 24 months.

As community health care professionals, we have a duty to provide clear, concise and accurate information to new parents on the new immunisation and signpost them to where they can get immunised. Every effort should be made by healthcare professionals to maximise the uptake of the meningococcal B vaccine and to ensure that parents are fully informed about the importance of ensuring protection against meningococcal B disease for their infant. A useful time to provide information on Men B and other immunisations is at the new birth visit, six to eight week check or clinic contacts in early infancy. Often parents ask if it’s safe to administer so many immunisations to babies very young in age. It is important to allay their fears and anxieties explaining the rationale behind immunising babies and aftercare post-immunisation.

Advise parents to have paracetamol infant suspension available to administer as soon as their babies have been immunised to prevent or reduce the intensity of post-immunisation fever. It is recommended that 2.5mls of infant paracetamol suspension (120mg/5mls) is administered as soon as immunisation, four to six hours after the first dose, and four to six hours after the second dose. If the baby is still febrile after the first three doses of paracetamol but is otherwise well, parents can continue giving paracetamol at recommended intervals up to 48 hours post-vaccination but should not exceed four doses in a 24-hour period.

The recommendation to administer paracetamol does not extend to fever at any other time and, if the infant is unwell, parents should trust their instincts and not delay in seeking medical attention. As not all cases of meningitis will be prevented with immunisation, it is vital to discuss the signs and symptoms of meningitis and how to perform the glass test so that early help can be sought if parents suspect meningitis.

The complete immunisation schedule from September 2015:

For more information on Meningitis B immunisation: