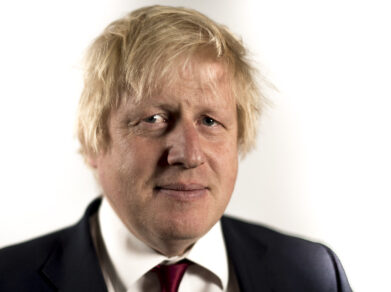 Boris Johnson has said the NHS is his government’s ‘top priority’ after leading the Conservatives to a majority in yesterday’s general election.

Mr Johnson promised that his ‘one nation Conservative’ government will ‘massively increase’ investment in the NHS as he delivered a victory speech in central London this morning.

The prime minister, whose party has a majority of 80, also repeated his campaign promise to deliver 50,000 more nurses.

He said: ‘This one nation Conservative Government will massively increase our investment in the NHS, the health service that represents the very best of our country, with a single, beautiful idea that whoever we are – rich, poor, young, old – the NHS is there for us when we are sick, and every day that service performs miracles.

‘And that is why the NHS is this one nation Conservative Government’s top priority.

‘And so we will deliver 50,000 more nurses, and 50 million more GP surgery appointments and how many new hospitals? [Crowd shouts “40”] Correct.

‘And we will deliver a long-term NHS budget enshrined in law, £650 million extra every week.’

Another flagship pledge to deliver 50,000 more nurses was criticised after it emerged that it included 18,500 existing and returning nurses.

During the election campaign, the party vowed to introduce a new NHS visa to offer fast-track entry and reduced visa fees for doctors, nurses and allied health professionals.

They said they would bring back a £5,000-£8,000 grant for student nurses to cover their living costs after their government axed bursaries for tuition and maintenance costs in 2017.

It would achieve this in part by recruiting 6,000 more GPs and 6,000 other primary care workers such as nurses, physios and pharmacists.

Responding to the election result, chief executive and general secretary of the Royal College of Nursing (RCN) Dame Donna Kinnair said the RCN would hold the Government to account and that nursing ‘must be at the heart of the debate’ going forward.

She continued: ‘Nursing cannot afford any more piecemeal workforce planning, nor underfunding and working conditions that both put off new recruits and cause experienced nurses to leave the profession they love. Nurses were yet again voted the most trusted profession in the UK last month – and the public wants action to address shortages.’

She added that the growing shortage of nurses must be addressed, alongside the crisis in social care and barriers deterring international nursing staff from coming to the UK.

She said: ‘Wherever they are in the UK, current nursing staff need to see real improvements to their working lives. Being properly rewarded for a highly complex and demanding job is no small part of that and when negotiations on pay begin around the UK in 2020, politicians across the board can expect our members to be very vocal in expecting things to change.

‘The promised student financial support must be released immediately, and the Government must use its first Budget to invest at least an extra £1bn a year in funding for both tuition fees and maintenance grants in England to attract the future nursing staff desperately needed.

‘Our future relationship with the EU, and any trade deals made, must not take us down the road of an NHS carve-up.  If handled poorly, EU withdrawal will exacerbate workforce shortages and hinder public health initiatives.

‘The new decade that begins in just two weeks’ time needs to be much better for nursing than the last one.  And we must seize the moment, as it kicks off with 2020’s global celebration of the profession, the WHO Year of the Nurse and Midwife.’

Boris Johnson has said the NHS is his government’s ‘top priority’ after leading the Conservatives to a majority.