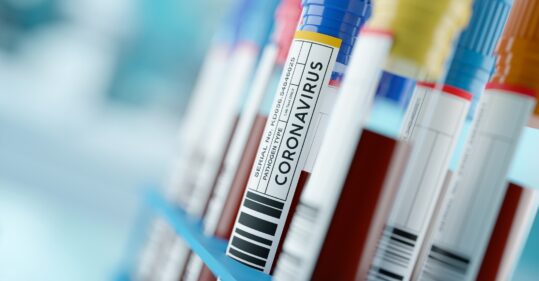 The Government looks likely to miss its target of testing all care homes for Covid-19 in early June as figures show most staff and residents have still not been covered.

Just 10% of care home staff and 10% of residents in England have been tested up to 27 May, statistics released jointly from companies Data Analysis Bureau (T-DAB) and Person Centred Software (PCS) have shown.

On 15 May, Matt Hancock promised: ‘We will test every resident and every member of staff in our elderly care homes in England between now and early June.’

But Simon Briscoe, director of T-DAB, cautioned that it was still ‘far too slow’ to reach that target.

Mr Briscoe continued: ‘Testing of just one in ten staff and residents is far below the rate demanded by industry bodies and targeted by government.’

The overall data is from a sample size of 12,407 care givers from 650 care homes across England, Wales and Scotland, running from 18 March up to 27 May.

Since the pandemic began, it also found just 15% of care home staff have been tested and 62% of homes have not had any staff members tested at all across Great Britain.

The early June social care testing target is only for England.

Last week, it emerged that health and social care staff in England ‘who correctly use personal protective equipment’ will not be considered to have come into close contact with someone infected with Covid-19 as part of the Government’s new ‘test and trace’ system.

Last month, sector leaders warned that coronavirus testing in care homes is ‘chaotic’ with only a small proportion of staff and residents being tested.

The Government looks likely to miss its target of testing all care home workers for Covid-19 in early June as figures show most staff have still not been covered.